In order to celebrate the victory of the 20th National Congress of the Communist Party of China, on September 19, "Flute Rhythm - Han Lei Bamboo Flute Solo Concert" was staged in the Harbin Old Hall Concert Hall. Han Lei kicked off the concert with a piece of "Joyful Encounter". The flute sounded long and high-pitched, showing the joy of meeting the audience. The "sound into the heart" performance made music fans feel the unique charm of the traditional musical instrument bamboo flute. 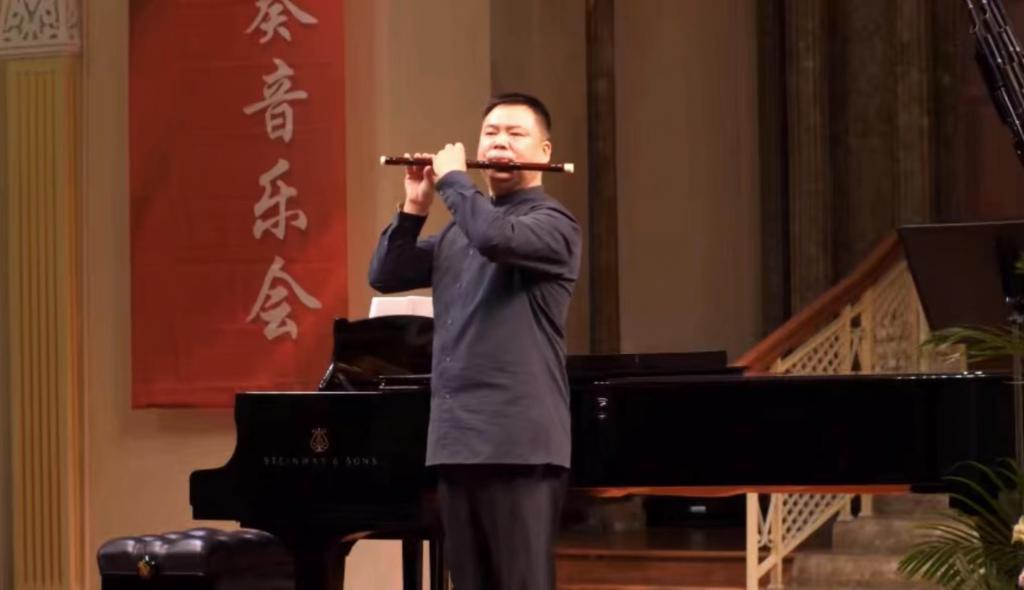 The "Spring Dawn on the West Lake" performed later is a classic Chinese bamboo flute tune. The peaceful and soothing tune like a small bridge makes the audience feel relaxed and happy. Classic works such as "The Desert", "The Heavenly Maiden Bathing in the Bow Pool" and "Orchid Flower" made the audience intoxicated by the artistic technique of "Blowing Love" with the flute, and thunderous applause and cheers echoed in the hall from time to time. The whole performance came to an end in the lingering reluctance of "Broken Bridge in Snow". 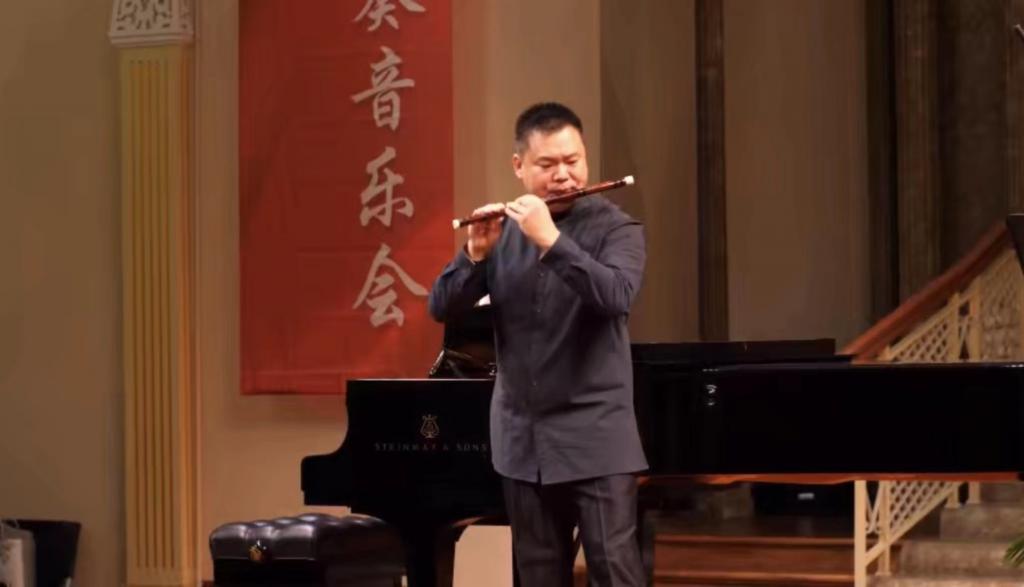 Han Lei graduated from the Shanghai Conservatory of Music and studied under Zhang Guohua, Zhang Yongfa, Zhan Yongming and Dai Ya. He is currently the deputy head of the Heilongjiang Provincial Song and Dance Theatre Chinese Orchestra, the chief bamboo flute of the orchestra, and the chairman of the bamboo flute professional committee of the Heilongjiang National Orchestra Society. Director of the Bamboo Flute Society of the Chinese Musicians Association, he has visited Russia, Denmark, Switzerland, the United States, Spain and other countries many times with the Academy. 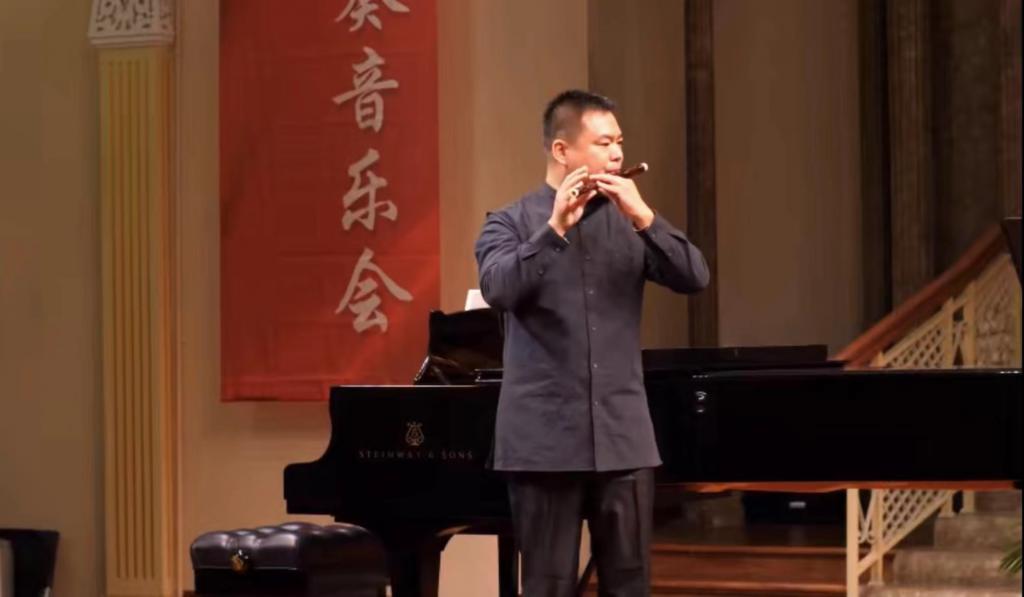 More than 20 front-line sanitation workers were invited to watch the performance for free. On the eve of the upcoming 34th Sanitation Workers' Day, I would like to extend my sincere wishes and holiday condolences to the sanitation workers.

Han Lei
Han Lei graduated from the Shanghai Conservatory of Music and studied under Zhang Guohua, Zhang Yongfa, Zhan Yongming and Dai Ya. He is currently the deputy head of the Heilongjiang Provincial Song and Dance Theatre Chinese Orchestra and the chief bamboo flute of the orchestra.
read >>

"Cultural empowerment" reshapes the rural style and creates a model for future rural construction
Organized by 夏浩东 on 2022-09-05
Zhongtai Street is known as the "Hometown of Bamboo Flutes in China". There are more than 160 bamboo flute production and processing enterprises and more than 60 Taobao stores in Zijing Village under its jurisdiction, with an annual output value of 340 million yuan and a market share of 85% domestic and foreign bamboo flutes. %above.
read >>
"Flute Rhythm", "East to West", an appointment on the cloud that spans time and space
Organized by 默妍 on 2022-08-16
Recently, China Telecom, together with the Central Opera House, China Philharmonic Orchestra, Shanghai Conservatory of Music and other 10 first-class performance institutions in China, jointly created the Tianyi Cloud Performing Arts "Summer on the Cloud" performance season grand opening.
read >>
"Let's practice the piano together" public welfare class to consolidate the basic skills of musical instrument performance
Organized by Eno Elvis on 2022-07-22
Since March, the four public welfare training camps for pipa, erhu, guzheng and bamboo flute have been launched, creating a strong whirlwind of strengthening the basic skills of musical instrument performance.
read >>
Zhejiang Yuhang District Zhongtai Bamboo Flute Association went to Yuping to inspect the flute cultural industry
Organized by 薄暮 on 2022-06-30
On June 28, the Sino-Thai Bamboo Flute Association of Yuhang District, Zhejiang Province came to Yuping to inspect the flute cultural industry symposium.
read >>
Musical instrument skewer Momo Ayi's "Music Awards" is dazzling
Organized by 阿弥 on 2022-06-28
"Music Awards" is one of Momo's most popular music events. Here, not only can you enjoy the beautiful and moving singing, but also the exquisite talents of musical instrument experts. Yesterday, Momo's popular anchor, Ayi, appeared on the official channel "Music Awards" to show off his talents.
read >>