The East Asian Cultural Capital Intangible Cultural Heritage Aesthetics Exchange Conference and 2022 Qingdeng Market (Autumn) will open today. The organizer of the event recently revealed that the Qingdeng Market has prepared a series of interesting activities for the citizens, and many famous celebrities will come to the scene to interact with the market participants. 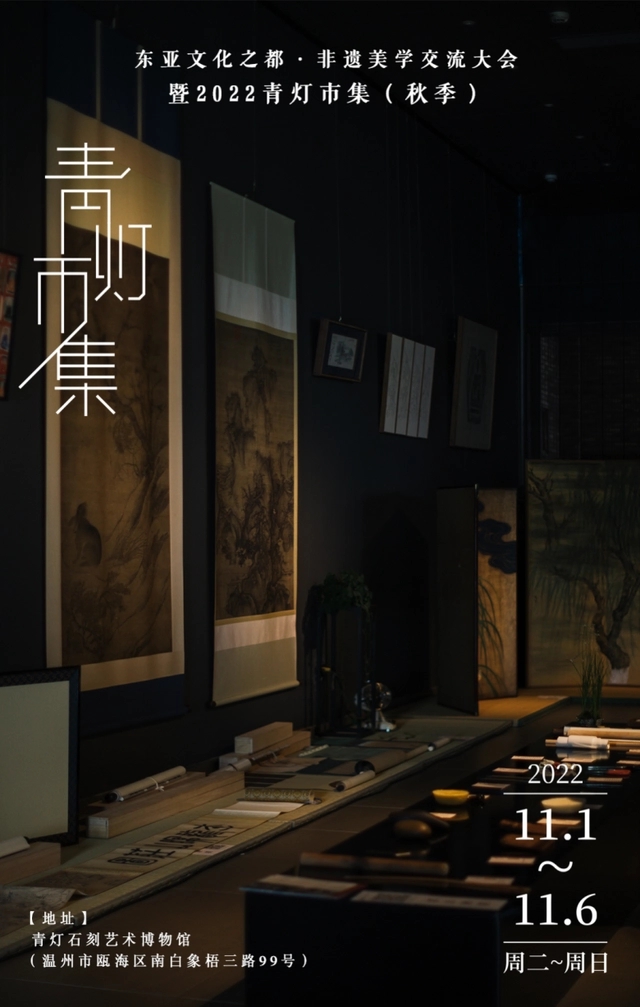 Wang Yamin Talks about "How to Build the Palace Museum IP"

Wang Yamin, who has made the Forbidden City famous for cultural creativity, will talk about "how to build the Forbidden City IP" (IP is the abbreviation of Internet buzzword, namely Intellectual Property, literally translated as "intellectual property") at the west side memorial square of the Qingdeng Stone Carving Art Museum at 2:00 p.m. on November 2.

Wang Yamin said: "Cultural and creative products draw elements from the culture of the Forbidden City and cultural relics, but after drawing, they are not simply copied and pasted. They must be reinterpreted, interpreted and created by contemporary people to make them suitable for the aesthetic appreciation of contemporary people."

From 17:30 to 18:30 on November 3, Fang Jinlong, the "unparalleled national music" master, will bring an audio-visual feast to the public at the west bank memorial square of the Qingdeng Stone Carving Art Museum.

Fang Jinlong has "many innovations" in his pipa playing skills. His performance is unique, with equal emphasis on passion and charm. He is good at reflecting different characteristics and styles, and has been evaluated by his peers as "being unable to do what is lawful, but unique in all schools".

It is reported that, in addition to Mr. Fang Jinlong's performance, local folk music masters and inheritors of intangible cultural heritage from Wenzhou will also bring the pipa solo of Wenzhou folk song Ding Ding Dong and Wenzhou drum lyrics to the audience.

After the listening, Fang Jinlong will hold a signing meeting for "National Music is peerless", and will sign for fans on the spot.

On November 6, Wenzhou Youth Art School and Qingdeng Market will hold a special activity on "Aesthetics", "Autumn" and "Poetry" at the lawn outside the north hall of Qingdeng Stone Carving Art Museum.

Funny and good-looking theme activities appeared one after another

If you are interested in the above activities, you can come to Qingdeng Market from 10 a.m. to 9 p.m. from November 1-6 to find out.