The concert kicked off with the Erhu Concerto "Thinking About Autumn", which describes the modern revolutionary heroine Qiu Jin, followed by "The Third Erhu Concerto - The Soul of Poetry", which describes the talented but underappreciated Tang Dynasty poet Li Bai; "Tian Lai Hua Yin" by Liu Tianhua, the originator and master of modern folk music; and "The Fourth Erhu Concerto - Love, Hate, Love and Hate", which tells the story of Cai Wenji, a female literati in the Eastern Han Dynasty. These works not only use abstract musical language to describe the life conditions of literati in different eras, but also express their sincere desire for the prosperity and development of the motherland through sometimes deep and sometimes high-pitched melodies, showing the lofty aspirations of national righteous men. Let the audience experience the unique life feelings and ups and downs of historical figures. Composer Mr. Guan Naizhong has always been committed to telling Chinese stories with Chinese music. His works contain strong storytelling and tension, which can further demonstrate the diversification of erhu art. At the same time, the wonderful performances of Marco and the performers on the stage also brought an auditory feast full of aesthetic meaning to the audience. 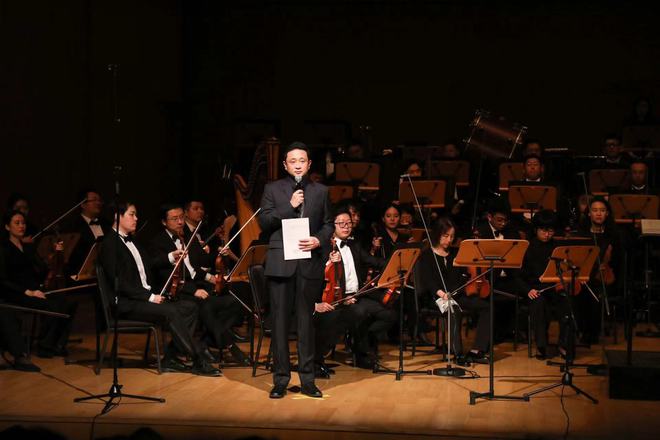 Ma Ke, the person in charge of the National Art Fund's Young Artistic Creation Talent Funding Project, is a young erhu teacher and a young erhu performer in the Chinese Music Department of the China Conservatory of Music. director. Since his student days, Ma Ke has actively participated in various artistic practice performances. The many solo concerts he has held have received enthusiastic responses, and the industry and the audience have given them high praise. As CCTV's new top ten erhu performers, Ma Ke has Whether it is the dignified and atmospheric artistic temperament or the skilled and superb performance skills, they are the best representatives of the new ten erhu people. This concert is a very big test for her. It not only requires the performers to have a strong ability to grasp the connotations and emotions of different pieces of music and to switch quickly. At the same time, all the pieces were performed standing up, and there was almost no rest time in the middle of the pieces, and her physical requirements were also very high. It is worth mentioning that in the second half of the "Erhu Concerto No. 4 - Love, Hate, Love and Hate", the erhu is played with octave tuning. This special tuning form is created by the composer adopting the tuning method of the traditional erhu work "Dan Yue" and combining the elements of national music with modern composition techniques. It not only brings greater artistic expression to the erhu, but also expands the technical skills of erhu performance, and is a new attempt and exploration for the performer.

"Sentiment of the literati" is Ma Ke's artistic summary of these four works. She believes that the four characters have something in common, that is, they have a deep love for their family, compatriots, nation and country. I believe this feeling is also the composer's own, Mr. Guan Naizhong. pattern boundary. He poured it into his works of art, using the charm of the sound of stringed instruments such as the erhu to tell the ups and downs of historical figures and contagious national stories. It not only reflects the serene and natural literati temperament, but also naturally reveals the sincere emotions of the family, the country, the nation, and the compatriots of the nation. Promote and inherit.

Ethnic musical instrument Erhu interpretation teaching culture literature and art volunteer service activities
Organized by 蕾伊 on 2022-09-23
On the morning of September 21, a unique ethnic musical instrument Erhu interpretation teaching culture and literature volunteer service activity was successfully held in the Municipal Cultural Center.
read >>
Autumn Breeze to National Style Immersive Concert Ye Ming Erhu Live Performing Classic Folk Music
Organized by 茯苓 on 2022-09-20
Erhu actor Ye Ming not only played the erhu classic "Good Night", but also used the erhu for the first time to combine with Chinese drum player Xiang Siyi to complete the theme song of the concert "The Praise of Autumn".
read >>
Old and old have fun, retired residents feel the charm of cucurbit silk together
Organized by 辞惘 on 2022-09-15
There are such a group of retired residents in Jindu Garden Community, Sibaoshan Street, Zibo High-tech Zone. They have like-minded interests and similar hobbies. They get together every day to dance square dance, blow cucurbit silk, and enjoy their retirement life. Colorful, fulfilling and happy.
read >>
Huo Xiaojun: Erhu makes more Japanese fall in love with traditional Chinese musical instruments
Organized by 雨童 on 2022-09-14
Twenty-one years ago, an orchestra composed of girls was established in Beijing and has been active on the domestic and international stage since then. This is known as the "Twelve Girls Band".
read >>
The handsome guy in 1997 is so advanced in pulling erhu! Netizen: Come and "wash your ears"
Organized by 小饼干 on 2022-09-04
On Douyin, his account is called "Zhou Zijun", with 1.293 million followers and 11.821 million likes, a real "folk music celebrity". He once received 1.521 million likes for a video of "The Musician".
read >>