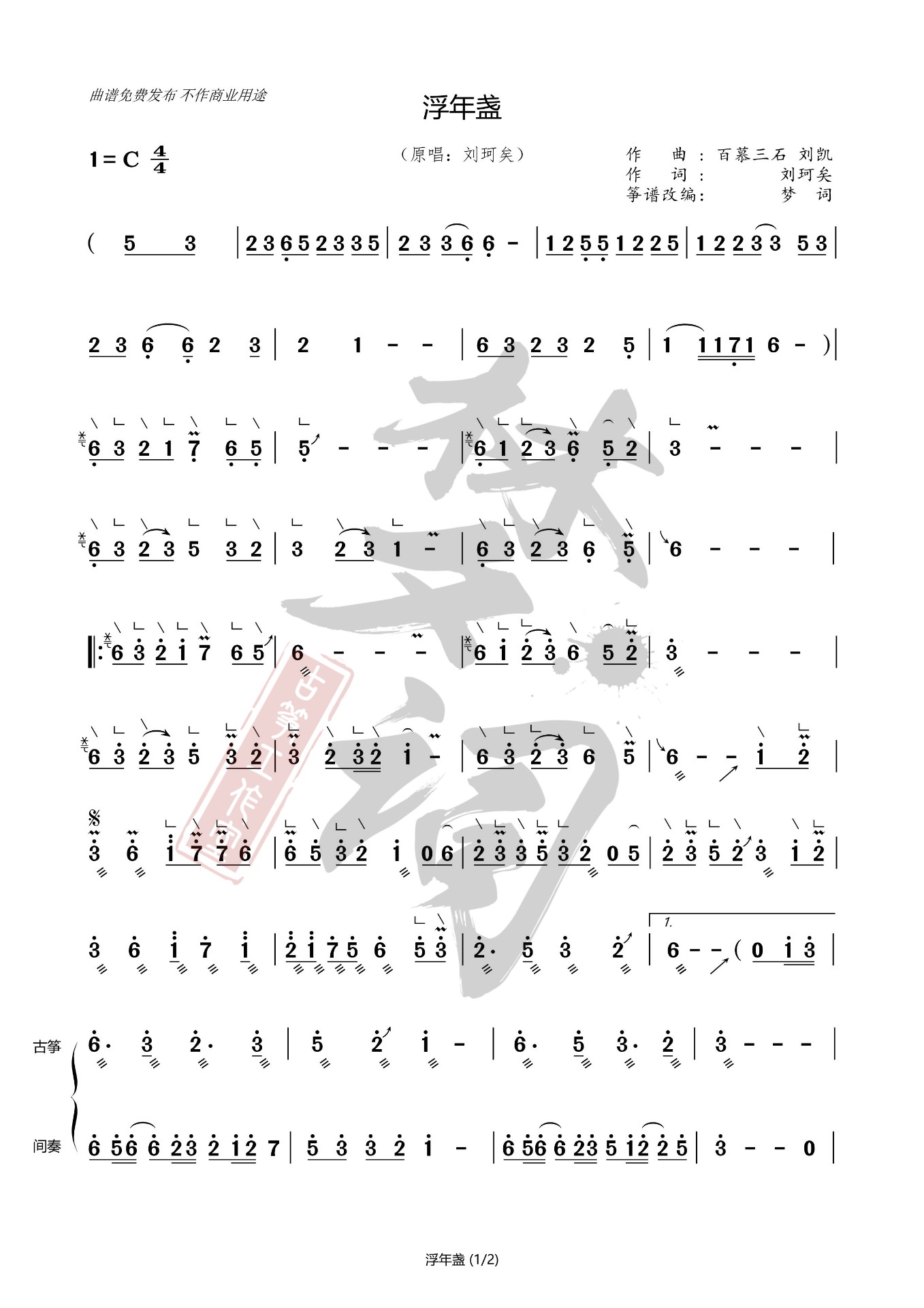 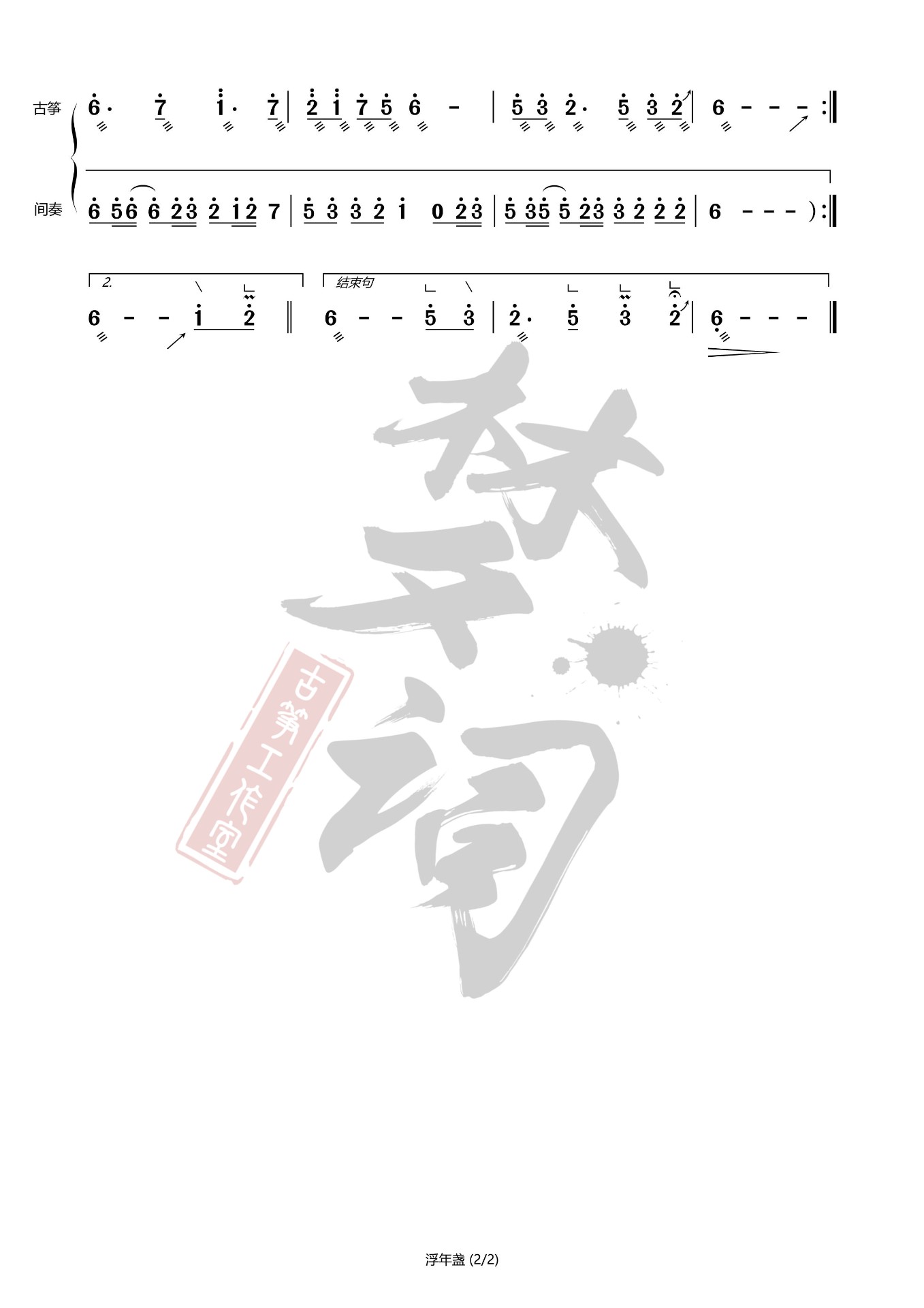 Floating calendula is organized by 阿弥 on 2023-01-23,You can use Guzheng to play; Through the music score provided by us, you will be able to master it skillfully and become a member of everyone.
The song Floating Years is composed by Liu Keyi, composed by Mu Sanshi and Liu Kai, and sung by Liu Keyi. It was released on May 14, 2019.
Reference materials and contributors
梦词演奏《浮年盏》曲谱+伴奏 C调