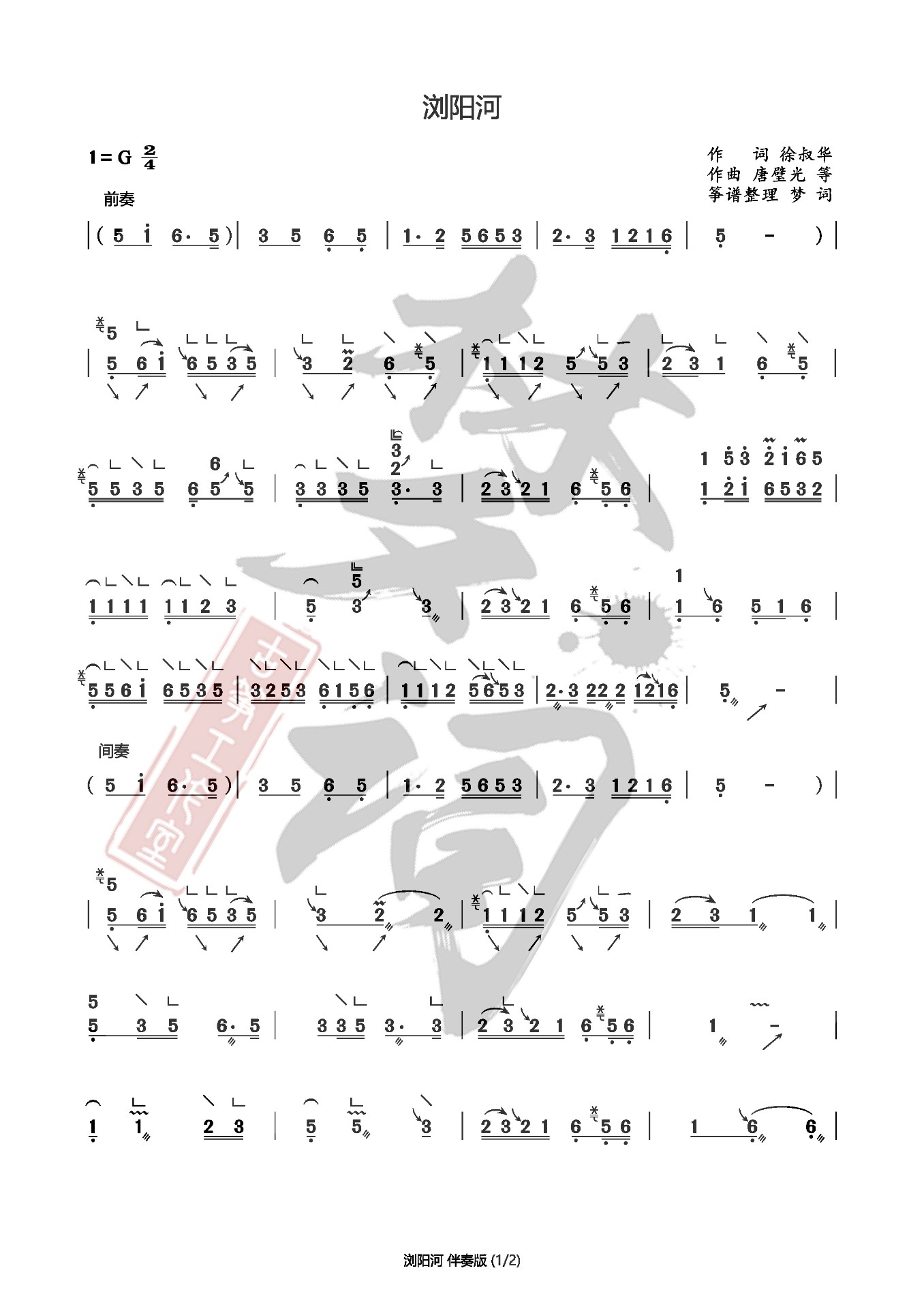 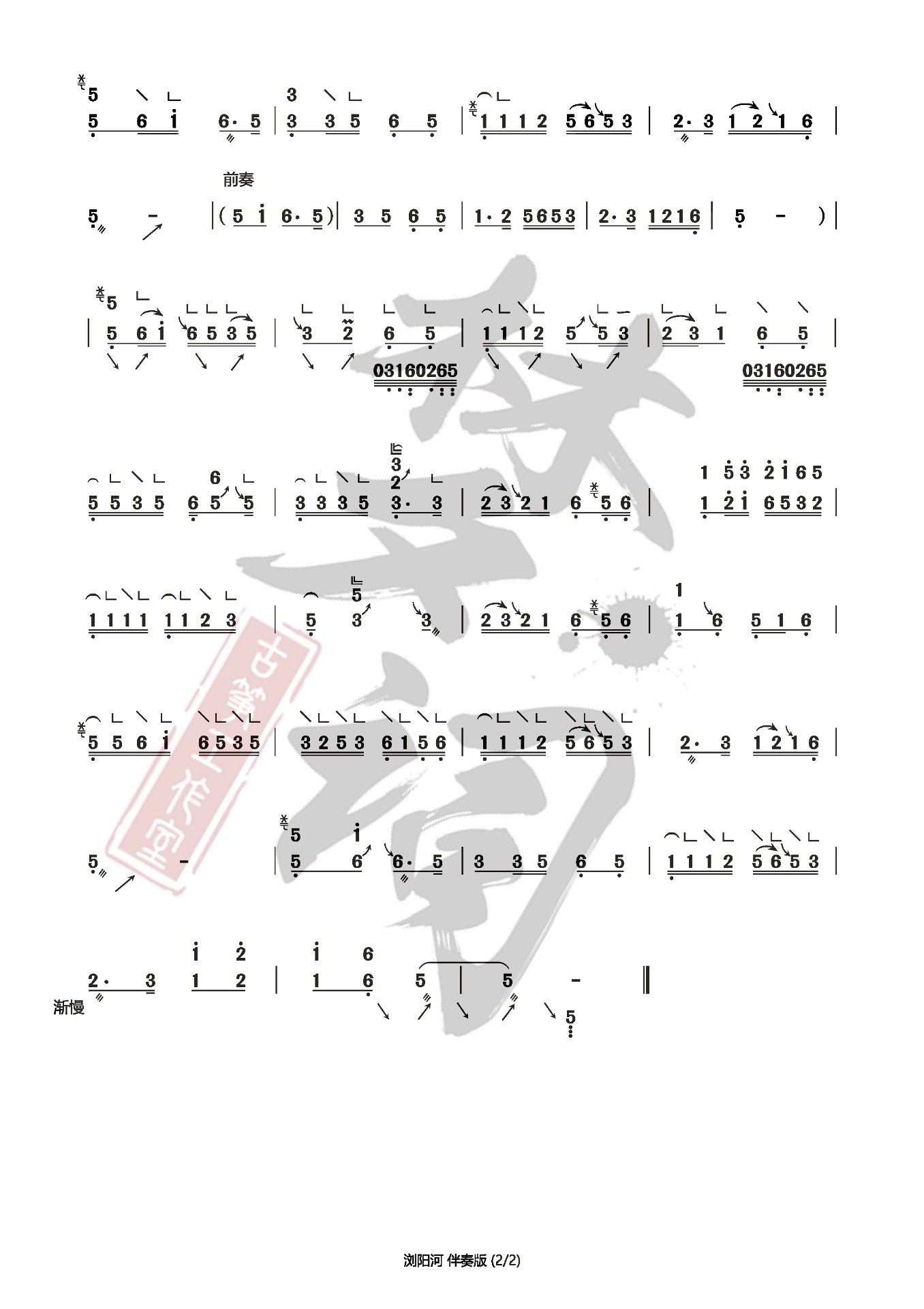 Liuyang River (G tone) is organized by 湛鹰 on 2023-01-24,You can use Guzheng to play; Through the music score provided by us, you will be able to master it skillfully and become a member of everyone.
In 1950, Hunan land reform movement began, Lituo Township was selected as the pilot land reform. That year, due to the success of the land reform in Lito Township, Hunan Provincial government decided to hold a performance in Lito Township, and required everyone in the troupe to create a work to participate in the performance. As a result, Xu Shuhua created the Flower Drum Opera, The Earth Cart, in which Liuyang River is the third section. When Xu Shuhua put the "dirt cart" newspaper up, the troupe changed the name to "double grain". In 1951, when "Double Grain Delivery" was sent to the South-Central Culture Bureau in Wuhan for review, it was changed to a tune with Hunan characteristics. In 1959, the song became popular as a stand-alone song.
Reference materials and contributors
梦词演奏《浏阳河》伴奏版曲谱+伴奏 G调