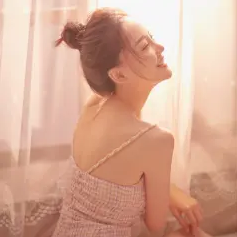 Xiong Qi
Xiong Qi, Director of the Instrumental Music Teaching and Research Section of the Conservatory of Music of Changsha University, young backbone teacher of ordinary colleges and universities in Hunan Province, double qualified teacher, and national first-class performer; President of Huqin Professional Committee of Hunan Ethnic Orchestra Association.
read >>
String sound erhu
Xianyin Erhu is an Erhu master, professional performer and educator. He has his own channel account at station B and has 11,000 fans.
read >>
Huo Xiaojun
Huo Xiaojun was born in Tianjin and is a national first-class performer. She began to study erhu at the age of 8. Due to her outstanding performance, she successfully entered the China Opera and Dance Theatre after graduating from university. In 2001, she was invited to join the "Twelve Girls Band" and became "the only member of the group who did not sign a contract". .
read >>
Lu Yiwen
Lu Yiwen, a Chinese erhu player, a young erhu teacher at the Shanghai Conservatory of Music, a director of the Erhu Society of the Chinese National Orchestra Society, and the winner of the Golden Bell Award, the highest award of Chinese music, and the Wenhua Award.
read >>
Qi Jianda
Qi Jianda, male, born in 1954. Jiangsu Nanjing native, Han nationality, erhu performer, educator, national first-class actor.
read >>

Ruyi Erhu Concert: Poetry on the string, sound memory of the deceased
Organized by 阿蘅 on 2022-12-08
Recently, the Ruyi Erhu Concert (in commemoration of Min Hui-fen's birthday Series) was staged in the concert Hall of Shanghai Oriental Arts Center.
read >>
"Art" from the growth of Huzhou Xinfeng experimental primary school education Group to teach strong primary school
Organized by 袁城 on 2022-12-06
Yao Jiannan, graduated from Zhejiang Normal University in 2015, is now a music teacher of Huzhou Xinfeng Experimental Primary School Education Group. "The school has been exploring the road of 'education for prosperity together'. Since the establishment of the Teaching Community with multiple units in 2019, we have conducted more than 100 synchronized classes." Yao Jiannan told reporters: "This is for rural schools to send education activities, I am very honored to teach for Shangqiang primary school students."
read >>
Let National Music Share the Beauty with World Music -- Commemorating the 90th Anniversary of the Death of Liu Tianhua, a Master of National Music
Organized by 长乐 on 2022-12-02
This year marks the 90th anniversary of the death of Liu Tianhua, a master of Chinese music. "National music and western music keep abreast" has always been Liu Tianhua's ideal and goal. He proposed and explored such ideals as "music should be rooted in Chinese traditional culture and folk music".
read >>
Qianxi: The art team for the middle-aged and the elderly in the Azalea City leads the erhu to sing "sunset"
Organized by 九曲 on 2022-11-29
Since 2018, the elderly who like erhu in Qianxi City have gathered at Liancheng Street Cultural Service Center every weekend
read >>
The sound of erhu is as sweet as honey
Organized by 梦昱 on 2022-11-25
On November 22, when the reporter was interviewing in Guandi Temple Village, Shuitun Town, Yicheng District, he was attracted by the melodious sound of erhu. He heard the sound and saw an old man sitting in his yard, leisurely pulling the erhu.
read >>