The handsome guy in 1997 is so advanced in pulling erhu! Netizen: Come and "wash your ears"

On Douyin, his account is called "Zhou Zijun", with 1.293 million followers and 11.821 million likes, a real "folk music celebrity". He once got 1.521 million likes on a video of "The Musician", and some netizens left a message: "Come and wash your ears". When he was 7 years old, his family hired a teacher for Zhou Zijun to teach him how to play the erhu. He had no special feelings for the erhu. When he was 9 years old, his parents sent Zhou Zijun to Beijing to be admitted to the middle school attached to the China Conservatory of Music. 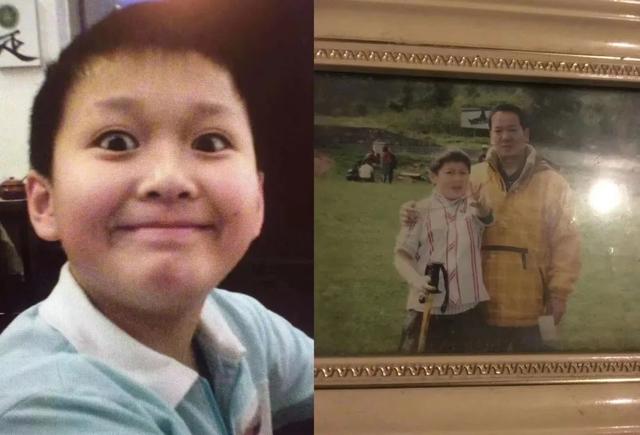 Zhou Zijun and his father as a child

Talent will eliminate most of the piano boys, and a small number of people who stand out. It is also facing cruel competition. According to the admission list of the junior high school, which was announced last year by the Affiliated High School of the China Conservatory of Music, there are 41 folk music students recruited nationwide, of which only 6 are erhu majors. Erhu gradually took over all of Zhou Zijun's life. In the days of preparing for the exam, he practiced 7 to 9 hours a day. His father stayed in his hometown, and his mother accompanied him, doing odd jobs to support the family. They lived in a shared house, and Zhou Zijun didn't move out after he was successfully admitted to the attached high school. They lived there for 9 years. 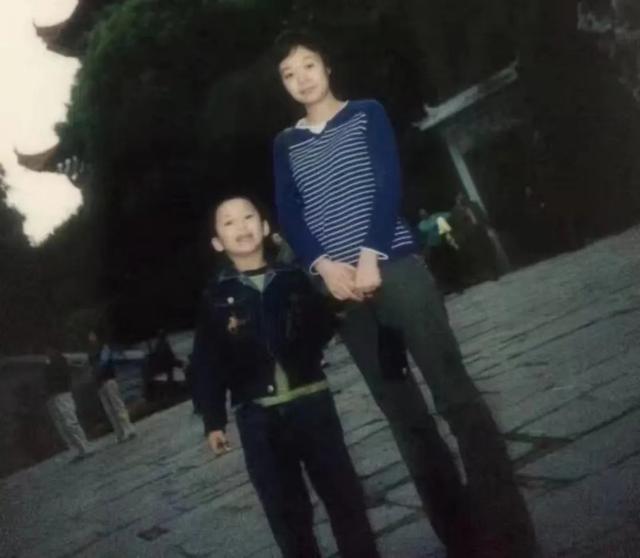 Zhou Zijun and his mother as a child

Until the third year of high school, Zhou Zijun dropped out. At the age of 18, Zhou Zijun was only one year away from being admitted to the university. However, he is no longer the self who just came into contact with Erhu when he was 7 years old. He began to form his own musical concept, hated the erhu, and secretly learned the electric guitar. Erhu means a technique, a set of rules, in short, not what he wants to pursue. 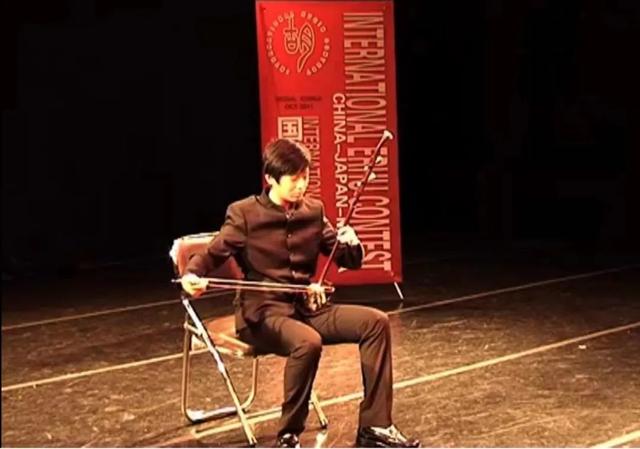 After dropping out, he did a year of rock and roll in Beijing. In the end, he returned to his hometown in Chongqing, but no one understood him. He needed a chance to prove himself. 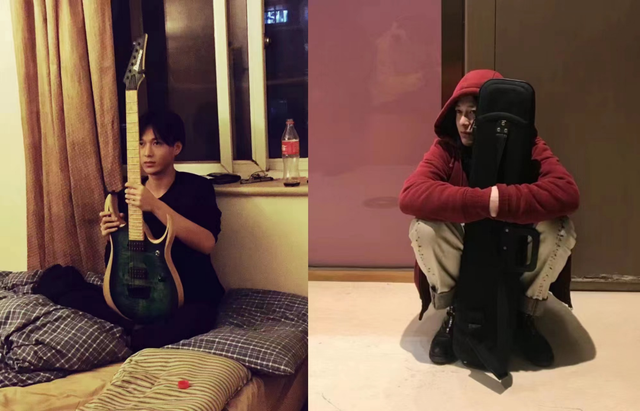 Left: Zhou Zijun and his electric guitar, who stayed in Beijing to explore rock; Right: Zhou Zijun hugged his erhu when he just returned to Chongqing.

Later, Zhou Zijun became one of the earliest users of Douyin. He began to pay attention to the insiders, and also began to understand that he was not satisfied with just being an erhu player. Just like when he was practicing the piano as a child, he had demands on himself. First, it must be technically professional, and second, try to capture what other people want to hear and resonate with the audience. Finally, the personal symbol "I think Erhu needs an IP, I choose to use my own name to make this IP" 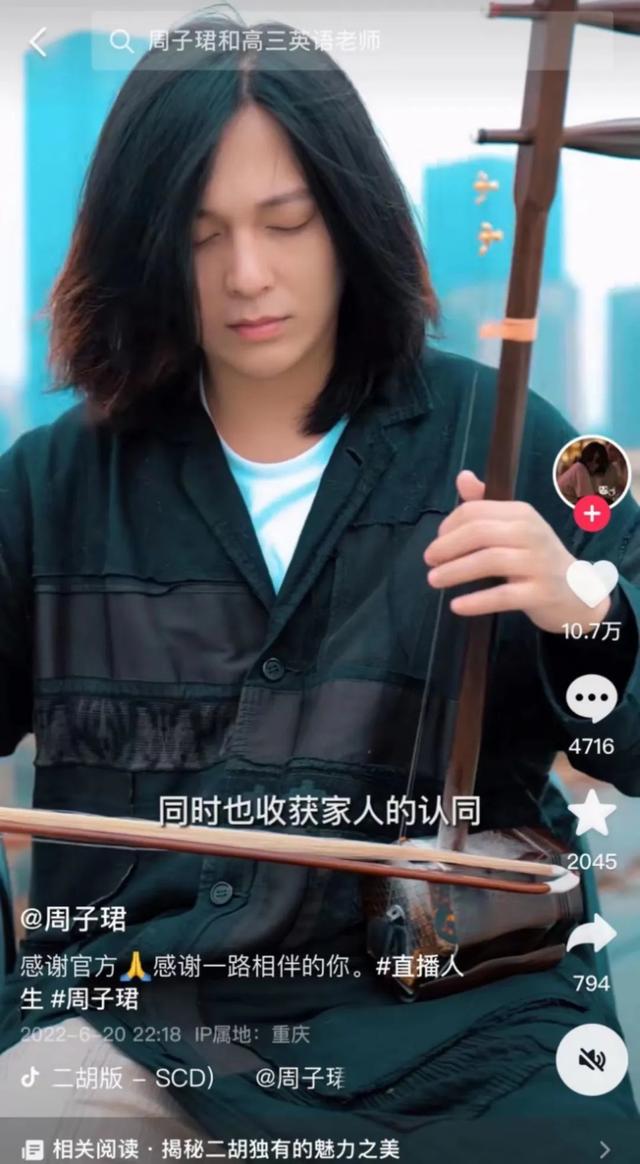 In just one year, he became a folk music blogger with millions of fans. In the past, he didn't even have the money to repair the piano. Now, he moved out and rented a house, saved money for equipment, and expanded his music career. Fans jokingly called him "the Snape of the erhu world", which was not only "playing tricks" with his styling, but also summarizing his "teaching" style during live broadcasts. In fact, he repeatedly emphasized that he was "very happy and very happy" because he drew more and more young people into the "pit" of folk music.

According to data, in the past year, there were more than 1.78 million live broadcasts of folk music on Douyin alone, and the cumulative live broadcast time exceeded 2.33 million hours. With the "DOU National Music" program jointly launched by the Central Chinese Orchestra and Douyin, more and more young people will come here and feel the charm of folk music. 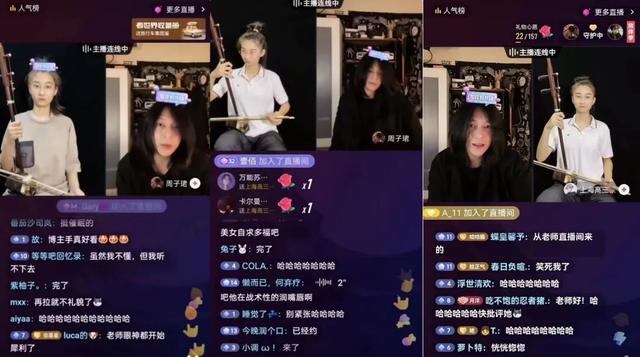 The pen is a must, there are thousands of waves on the shore, and Zhou Zijun's 18-year-old is not worthy of most people's experience. He used 18 years of piano learning to play against his choice, and erhu. Some people are in a hurry to give Min Le a "critical illness notice", some people are busy defining what young people should be like, a little more encouragement and a little less questioning, one day they will prove that they will get up after a fall, never casually, and also. Not so simple.

Ethnic musical instrument Erhu interpretation teaching culture literature and art volunteer service activities
Organized by 蕾伊 on 2022-09-23
On the morning of September 21, a unique ethnic musical instrument Erhu interpretation teaching culture and literature volunteer service activity was successfully held in the Municipal Cultural Center.
read >>
Guan Naizhong Erhu Concerto and Marco Solo Concert was successfully held in the Concert Hall of Guotu Art Center
Organized by 风月呢喃 on 2022-09-21
On September 16, 2022, "Sentiments of the Literati" - Guan Naizhong Erhu Concerto Concert and Marco Erhu Solo Concert was successfully held in the concert hall of Guotu Art Center.
read >>
Autumn Breeze to National Style Immersive Concert Ye Ming Erhu Live Performing Classic Folk Music
Organized by 茯苓 on 2022-09-20
Erhu actor Ye Ming not only played the erhu classic "Good Night", but also used the erhu for the first time to combine with Chinese drum player Xiang Siyi to complete the theme song of the concert "The Praise of Autumn".
read >>
Old and old have fun, retired residents feel the charm of cucurbit silk together
Organized by 辞惘 on 2022-09-15
There are such a group of retired residents in Jindu Garden Community, Sibaoshan Street, Zibo High-tech Zone. They have like-minded interests and similar hobbies. They get together every day to dance square dance, blow cucurbit silk, and enjoy their retirement life. Colorful, fulfilling and happy.
read >>
Huo Xiaojun: Erhu makes more Japanese fall in love with traditional Chinese musical instruments
Organized by 雨童 on 2022-09-14
Twenty-one years ago, an orchestra composed of girls was established in Beijing and has been active on the domestic and international stage since then. This is known as the "Twelve Girls Band".
read >>