The Simple Difference Between Guqin, Se, and Guzheng

The qin is an ancient plucked instrument with seven strings and fretless. Se is a kind of playing board and box stringed musical instrument in ancient times, and guzheng is a zheng musical instrument, which belongs to plucked instruments. The violin is smaller, has less volume, and has fewer strings. The volume is large and the cavity is large, so the volume is high, and the timbre changes more with more strings. Se is a single-string pronunciation. Se's voice is a little empty in the bass area and a little thin in the treble area. 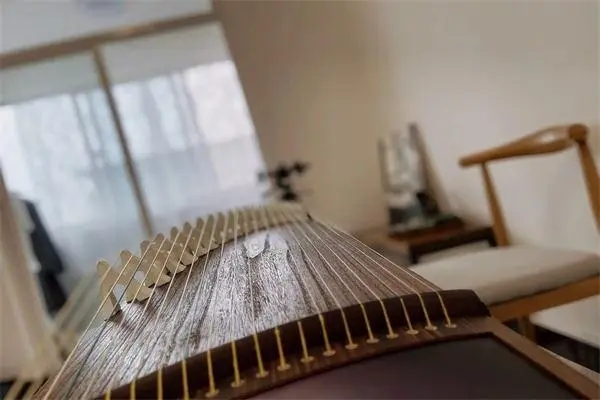 The pitch of the empty strings of the guqin is not fixed, and it depends on the music played. The tuning of the guqin is complicated, and there are as many as 35 modes. The strings are tuned according to the pentatonic scale, with a range of four octaves and a major second. The traditional common playing method uses the four fingers of the right hand to pluck the strings, play the melody and master the rhythm. The left-hand playing method also follows the tension of the strings on the left side of the zither, and controls the change of the string sound to adjust the pitch. Perfect the melody.

The guqin has 13 emblems that mark the rhythm, and is also a ritual and musical instrument. It belongs to the silk in the octave. Guqin has a wide range, deep timbre and long aftertone. The serpent is shaped like a qin and has 25 strings of different thicknesses. There is one column per string. The strings are tuned to the pentatonic scale. The earliest serenade has fifty strings, so it is also called fifty strings. The shape of the zheng is a rectangular wooden speaker, and the string frame can be moved freely. One string and one note are arranged according to the pentatonic scale. The earliest 25-string zheng is the most.

se
Se (pinyin: sè), a traditional plucked stringed instrument, is similar in shape to a zheng but slightly wider. Tuned according to the pentatonic mode, it is often used as an accompaniment instrument for the qin, and is often called the qinse together with the guqin. Se has an important position in Chinese culture and is often referred to as the guqin.
Guqin
Guqin (pinyin: Gǔ Qín) is a traditional Chinese musical instrument with a history of at least 3,500 years. Guqin is also known as Yaoqin, Yuqin and Seven-stringed Qin. The guqin has 13 emblems that mark the rhythm, and is also a ritual and musical instrument. It belongs to the silk in the octave. Guqin has a wide range, deep timbre and long aftertone.
Guzheng
Guzheng (pinyin: Gǔ Zhēng), also known as Hanzheng and Qinzheng, is an ancient national musical instrument of the Han nationality and is popular all over China. It is often used for solo, duet, instrumental ensemble and accompaniment of song and dance, opera and folk art. Because of its wide range, beautiful timbre, rich playing skills and strong expressiveness, it is known as the "King of Music", also known as "Oriental Piano", and is one of the unique and important national musical instruments in China.

With Guqin knot "bosom friend" Vietnamese doctor Ruan Yanjun rooted in Wuhan to become a "violin maker"
Organized by 一杯清酒 on 2023-02-01
Step into Wuhan East Lake Dali village, filar silk continuously harp, sometimes crisp, sometimes vigorous. In an ancient courtyard named "Nantianfang", the host Ruan Yanjun plays the piano and sings while the guests sit around the stove, listening to the piano and drinking tea.
read >>
Thai Students Celebrate 'Chinese Year' with Poetry and Guqin
Organized by 雨童 on 2023-01-13
On November 11, the classroom of Liuzhou Railway Vocational and Technical College in Liuzhou City, Guangxi Province, heard the sound of books and music. Six Thai students majoring in railway engineering and technology are reading classical Chinese poetry and playing guqin to learn about Chinese culture.
read >>
The music ensemble concert "Flute and Music" will be held at Tien Jin Theatre
Organized by 风月呢喃 on 2023-01-09
On the evening of January 7, the music ensemble concert "Flute and Music" will be held at the Tianjin-style Theater. The concert was carefully prepared by professors Li Fengyun and Wang Jianxin from Tianjin Conservatory of Music as a New Year gift to the audience.
read >>
An exhibition of traditional guqin mojo skills is held at Zhoukou Museum
Organized by 小饼干 on 2023-01-05
On the morning of January 1st, the closing exhibition of the National Art Fund talent training funding project "Training of Traditional Guqin Mojo skills and scientific and technological innovation Talents", chaired by Dr. Gu Yongjie of Zhoukou Normal University, was carried out in the fourth floor exhibition hall of Zhoukou Museum. The opening ceremony of the exhibition was broadcasted live and online by Daxiang News, and nearly 5,000 people watched it online in real time.
read >>
A guqin concert is held at Yichang Museum
Organized by 长恭 on 2023-01-04
When one yuan begins, everything is renewed. On the occasion of ringing out the old year and ushering in the new, Yichang Museum, together with Suxin Qin Society and Renxiao Yaodongxiao Studio, held a Guqin concert "Seven strings passing on ancient rhyme and five tones and harmonics" in the hall of the museum on the afternoon of January 2, 2023.
read >>