November 23rd was the club activity day of the Second Experimental Primary School of High-tech Zone. The media reporters went to the campus and went to a club "feast" with the teachers and students of the whole school.

In recent years, the Second Experimental Primary School in Yantai High-tech Zone has carried out the characteristic club of "full class system", which mainly focuses on students' ability and specialty. It has set up a total of 38 clubs in seven categories, including stars of art, practice and innovation, sports and health, calligraphy and ink fragrance, pleasant reading and performance, scientific and technological creation and intelligence exploration. In the afternoon of that day, the children carrying their own community equipment shuttled through the campus, one after another to the sunny pottery room, green playground, spacious and bright gym... 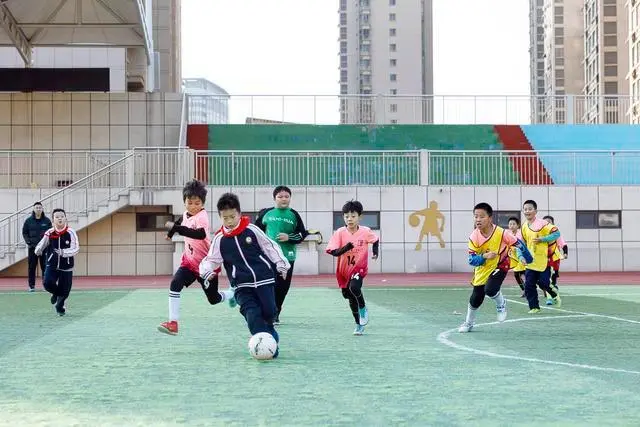 On the tennis court, the students worked hard under the guidance of the coach face to face. The physical training, the service training, from forehand to backhand landing, everyone was very devoted.

"More than 120 students have signed up for the tennis club and join the club every Wednesday afternoon." Yantai High-tech Zone Second Experimental Primary School tennis coach Liu Guang introduced, through the tennis into the school activities, not only enrich the children's extracurricular sports life, but also improve the children's endurance, reaction, coordination and sense of balance in the training, enhance the children's physical quality.

In the Xingjian Hall, the members of the Xingyun Hulusi Orchestra are performing the song "Gaoshan Green". The Xingyun Fenugreek Orchestra of the Second Experimental Primary School in Yantai High-tech Zone was established in 2020. The fenugreek is small and exquisite, easy to carry, quick to learn and easy to learn, which has won the favor of students. Chen Xiaowei, a music teacher from the Second Experimental Primary School in Yantai High-tech Zone, introduced that the course of fenugreek flute starts from cultivating students' interest and starting from the foundation of fenugreek blowing. The teaching process involves many aspects of training for students, such as simple score, music theory, solfeggio practice, solfeggio ear training and chorus. Since the establishment of the orchestra two years ago, the children have understood the basic structure and playing methods of hulusi, and have completed the performance of works such as "Beautiful Golden Peacock", "High Mountain Green", "Wedding Vows", "Full of Flowers", "Away and Away" and "Girl by the Bridge". 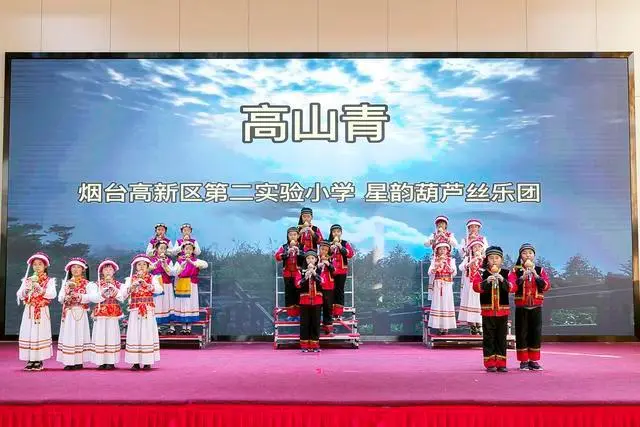 What is more enviable is that the Second Experimental Primary School in Yantai High-tech Zone has set up a costume design club. In the classroom of costume design club, the children are carefully designing and making their favorite costumes, surrounded by small works completed by everyone.

"Our club is mainly to cultivate students' creative thinking ability and modeling ability." Liu Yiping, the instructor of the club, said that the fashion design club adopts the teaching method of combining design and handwork, so that the children can better show their design creativity, build confidence and open their design thinking.

"Wednesday is the day we are most looking forward to. We can join a fun club and go home without a backpack!" Fifth grade class three He Yuze happily said to reporters.

Wednesday is not only a day for community activities, but also a "no homework day" pioneered by the Second Experimental Primary School in Yantai High-tech Zone.

"It's a day when kids don't have to go home with their backpacks. Instead, they can read a book, play a sport, do a chore, practice an interest, and explore some meaningful activity." Fu Li, teaching director of the Second Experimental Primary School in Yantai High-tech Zone, believes that every Wednesday "no Homework day" can become "reading day", "fitness day", "housework day" and "warm company day" for students.

In addition, it is worth noting that the second Experimental Primary School in Yantai High-tech Zone innovatively opened a growth bank. The growth bank does not store money, but introduces bank management concepts and imitates the operation mechanism of banks. It issues "Charming youth" letters of commendation to individuals and groups who actively participate in moral behavior and various competitions and perform well. Every month, students can use the two "Charming Youth" testimonials saved by themselves to exchange Five Confidence cards at the Growth Bank. The five Confidence cards contain sunshine, confidence, wisdom and knowledge, honesty and trustworthiness, filial piety and loyalty, and mutual respect and trust. They can exchange spirit awards in the form of interesting scratch cards.

Zhao Tongling, principal of the Second Experimental Primary School of Yantai High-tech Zone, said that the school has always been adhering to the "letter" culture, closely around the school philosophy of "let every child become the best of themselves", with love embellishing the heart, increasing the trust and casting the soul. At the same time, the school adheres to the moral, intellectual, physical, the United States and labor five education, comprehensive education. On the basis of the national curriculum, it offers the general courses of handwriting and Hulusi, more than 40 kinds of elective courses for society, and more than 10 special courses for the "star" team on campus to improve the comprehensive quality of students in an all-round way.

Hulusi training in Xiayan Village, Chengxi Street, Yiwu has been carried out smoothly
Organized by 晚荣 on 2022-12-16
On December 11th, the hulusi training activity sponsored by the Publicity Department of Yiwu Municipal Committee and co-organized by Chengxi Street Cultural Hall was held in the Xiayan Village Cultural Hall of Chengxi Street.
read >>
National culture inheritor Ni Kaihong: With cucurbit flute blowing youth striving song
Organized by 汾酒 on 2022-12-08
Ni Kaihong, member of the Third Youth Federation of Dehong Prefecture, examiner of Social Art Level Examination of Yunnan Arts University, President of Hulusi Association of Lianghe County.
read >>
Jiangsu Taixing 18 years old coming-of-age ceremony demonstration activities come to a successful end
Organized by 象牙山首富 on 2022-12-07
Recently, Taizhou City and Taixing City 18 years old rite of passage demonstration activities were held in Taixing Gymnasium. The students of Jiangsu Taixing Secondary Professional School who have reached the age of 18 step through the adult door together and step into a new stage of life with firm steps.
read >>
Xingyun Hulusi Community of Yantai High tech Zone No. 2 Experimental Primary School
Organized by 九曲 on 2022-11-25
Members of the Xingyun Hulusi Orchestra are performing the song "Green Mountain" in the Xingjian Museum of the Second Experimental Primary School in Yantai Hi tech Zone.
read >>
Zhai Town Literature and Art Backbone Training Class Opens
Organized by 年糕 on 2022-11-22
In order to further improve the literacy of the literary and artistic backbones of the masses in Zhai Town, Xintai, and continue to stimulate the enthusiasm of the literary and artistic backbones of the masses to participate in artistic creation and performance, the training class for the literary and artistic backbones of Zhai Town was opened on November 16.
read >>