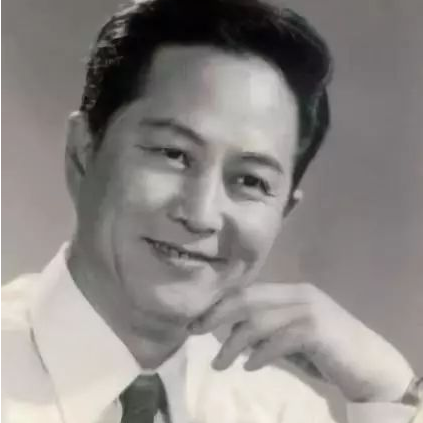 Yu Haiying
Yu Haiying, female, is currently a professor and master tutor of Zhejiang Conservatory of Music. Vice President of Zhejiang Nationalities Orchestra Society; President of Zhejiang Dulcimer Professional Committee; Deputy Secretary General of Yangqin Professional Committee of China Nationalities Orchestra Society.
read >>
Song Shanhu
The director of the Caidie Girl Orchestra of Zhejiang Song and Dance Theater, a young dulcimer performer, a national first-class performer, the gold medal winner of the “Wenhua Award” of the Ministry of Culture, and a talent of the “Xin Song Program” of Zhejiang Province.
read >>
Wu Huanghuang
Wu Huanghuang, a young dulcimer performer and a young dulcimer teacher of the China Conservatory of Music; was admitted to the Department of Chinese Music of the China Conservatory of Music in 2001; in 2006, he was admitted to the Graduate Department of the China Conservatory of Music, studying for a master's degree; he studied under the famous yangqin performer Professor Li Lingling.
read >>
Lin Xiaoyou Simona
Lin Xiaoyou Simona, a young cross-border dulcimer performer, graduated from the China Conservatory of Music. It is her inextinguishable belief to explore the infinite possibilities of Chinese music and make the dulcimer shine!
read >>
Dai Ru
Dai Ru, professor of the Folk Music Department of Sichuan Conservatory of Music, master tutor; member of China Volunteer Association for Literature and Art, Deputy Secretary General of Guqin Professional Committee of China Musical Instrument Association, Vice President of Asian Dulcimer Society, Vice Chairman of Sichuan Economic and Cultural Association Female Artist Branch, Sichuan Visiting professor at the School of Modern Art of Normal University, professor of MOOCs at Sichuan University.
read >>

dulcimer
Yangqin (Pinyin: YangQin) was introduced from Persia at the end of the Ming Dynasty. It was originally used as an accompaniment for folk art and formed a variety of genres. After nearly 400 years of circulation and evolution in my country, dulcimer has traditional Chinese characteristics and national styles in musical instrument production, performance art or music creation, and combined with local folk music, it has formed a number of outstanding A genre with local and musical characteristics.

Belgian musicians composed music for Tang and Song poems and held a "Chinese memory" themed concert
Organized by ky on 2022-12-16
"The glittering sunlit square is good, and the rain in the sky is also strange..." Accompanied by a dulcimer and string orchestra, the soprano sang Su Shi's masterpiece in Chinese. This is a "Chinese memory" theme concert in Belgium, composed, played and sung by Belgian musicians.
read >>
Oriental Melody Concert: Opening a new chapter in China-Eu people-to-people and cultural exchanges
Organized by 咖喱麦兜 on 2022-12-12
He traveled to Brussels, Luxembourg, Paris and other places for nearly a month... The "Oriental Melody" concert sponsored by the China Association for Cultural Exchange with Foreign Countries has come to an end.
read >>
Dulcimer CP four hand joint play, spread dulcimer culture
Organized by 小小瞬 on 2022-11-02
"Gugak sounds so good." "This is equal love." On the screen, a young couple sat in front of the dulcimer, playing "Blue and white Porcelain" and "Super Mario" and other popular songs with four hands.
read >>
Sichuan Yangqin "Shu Road" won the 19th "Stars Award"
Organized by Fucui on 2022-09-16
On the evening of September 15, the closing ceremony of the 13th China Art Festival was held in Xiong'an New District, Hebei Province, and various awards in the 17th Wenhua Award and the 19th Qunxing Award were presented. Among them, Sichuan Yangqin "Shu Road" selected by Sichuan Province stood out and won the "Stars Award".
read >>
Evenly matched "fairy love"! Four-handed play was praised by netizens as "Qin Se and Ming"
Organized by chen on 2022-08-30
Recently, the "Dulcimer cp" composed of Ye Yuzhao and Zhou Tingting, a couple of graduates majoring in Yangqin from the Central Conservatory of Music, has become popular on the Internet. The video of their performance has attracted millions of people to watch, and netizens have praised: it is a "fairy love" that is evenly matched!
read >>