The rhythm of the zheng is passed on, and the Beijing Musical Instrument Society Youth Chamber Orchestra holds a guzheng concert

Recently, a unique themed guzheng concert was staged in the concert hall of the Central Chinese Orchestra.

After careful preparation and active planning in the early stage, this long-awaited concert finally kicked off! 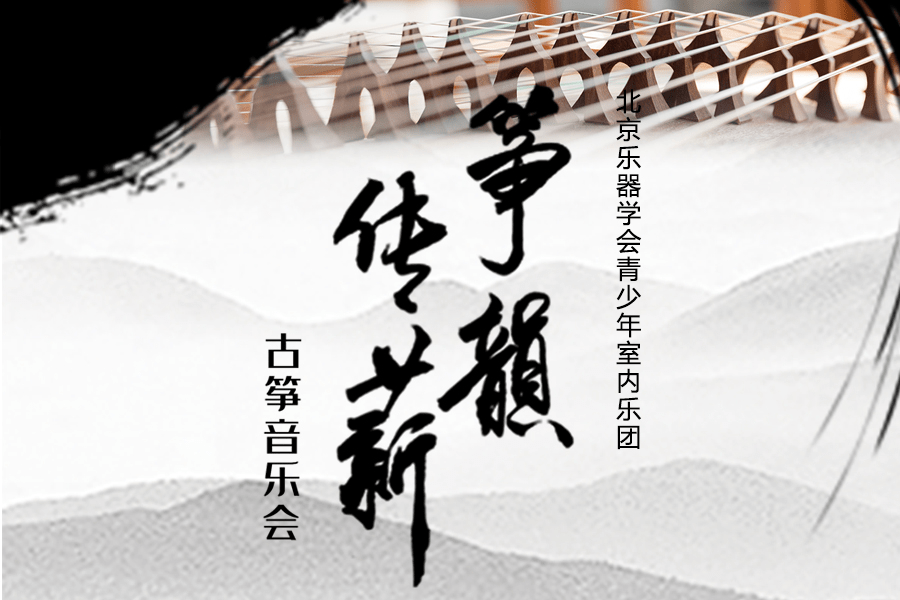 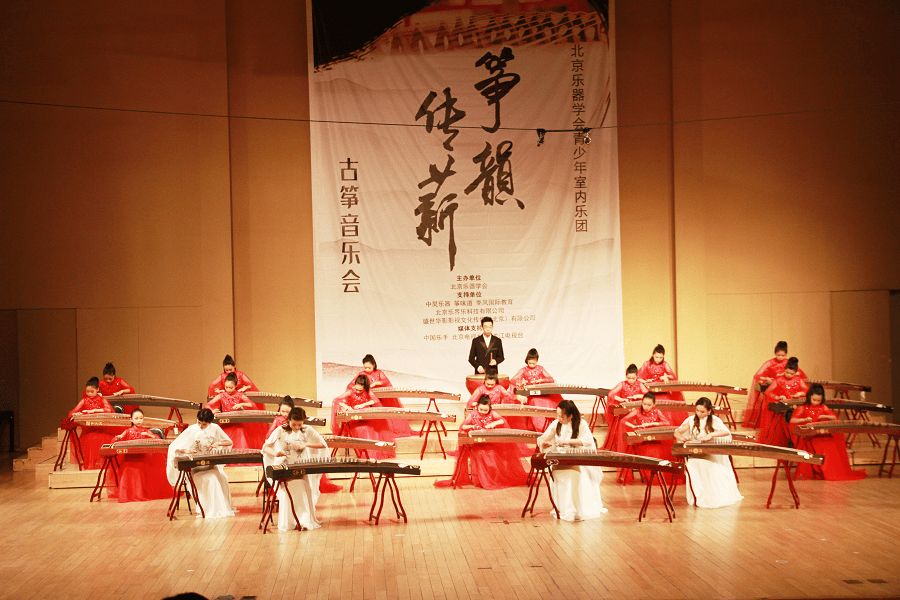 The concert started with a famous guzheng song "Battle Typhoon" with tight rhythm and exciting melody. It unfolded one after another amid the warm applause of the audience.

Afterwards, classic songs such as "Yi Dance Song", "Yunshang v." and "Lin'an Regret" appeared one after another. Among them, Yan Mo, head of the Youth Chamber Orchestra of the Beijing Musical Instrument Society, joined hands with the important guests of this performance, the famous guqin player Mr. Zhang Zisheng, and the orchestra instructors Mo Pingping, Han Ying, Yan Na, Huang Li, Li Zhongping and other performers to perform together The "Water Melody Song Head" brought the concert scene atmosphere to a climax! The audience responded with warm applause!

Finally, the concert ended perfectly with the melody of "The Fishing Boat Sings Evening", a work that is very representative of guzheng music.

Later, at the performance site, professional media such as the well-known music education platform Music Door, Chinese Musicians, Musical Instrument Space, and China National Music Information expressed their congratulations to the orchestra and conducted interviews at the same time.

According to Yan Mo, the head of the orchestra, a well-known Chinese zheng culture scholar and guzheng educator: This concert is also the first professional youth guzheng ensemble theme concert in the industry since the epidemic. The famous domestic conductor Yu Chuan was invited. As art director, Professor Zhang Hailong and Professor Zhang Yaping of Minzu University of China served as art consultants.

During the interview, Yan Mo also expressed his views on the development of guzheng culture, and introduced the cultural roles that guzheng played in history at different stages. He has written nearly a hundred poems for the guzheng, and there are also many emperors who will write zheng fu and other phenomena.

The Youth Chamber Orchestra of Beijing Musical Instrument Society has experienced more than ten years of growth, adhering to the principle of people-oriented and teaching students in accordance with their aptitude, not only to cultivate young people's performance skills and artistic quality, but also to focus on harmonious cooperation and enhance children's collective concept and team awareness.

For parents and children who have just come into contact with music, the suggestion given by Head Yan Mo is to start by watching a concert and open the door to children's art, so that children like music and are willing to embark on the path of learning music.

He also said: In modern times, due to special historical reasons, the development of the guzheng has gone through some ups and downs. After the Ming and Qing Dynasties and the Republic of China came to New China, the guzheng instrument has regained its splendor. The establishment of the chamber orchestra itself also undertakes the historical mission of continuing to carry forward the guzheng culture and disseminate the art of guzheng!

Li Shuo, the instructor of the orchestra and a master of guzheng performance from the Minzu University of China, also said in an interview that in life, the guzheng is a companion role for many piano children. As a parent, you don’t have to watch him practice the piano. It is you who learn with him and help him learn. Children experience fun in the process of learning. This is the purpose and result, and it is also the meaning of companionship. And he is willing to keep exploring and working hard. The main thing is interest. For example, today's concert is a very good opportunity to cultivate interest.

Some of the orchestra's backbone instructors, members, and their parents also expressed their feelings and opinions in the interview.

We believe that with the attention of leaders at all levels and the full support of artistic forces from all walks of life, the Youth Chamber Orchestra of the Beijing Musical Instrument Society will surely shine and get better and better!

Wang Jia inherits his original intention to be a promoter of zither culture, making the zither fall to the United States
Organized by 青鸟 on 2022-11-30
A light blue dress is elegant and plain. In a folk house in Chinatown, Florida, the United States, a woman who looks like Princess Yang was playing a zither, and her hands fell gently, like big pearls rolling down a jade plate. The sound was heard by the ears and never stopped.
read >>
Henan Lankao: Public Welfare Training Activities for National Musical Instruments Play a New Musical Instrument Industry
Organized by 辞惘 on 2022-11-29
Comprehensively improve the production and performance skills of ethnic musical instrument merchants in Juyang Town, Lankao County, promote the inheritance and development of ethnic musical instrument culture, drive the national musical instrument industry to become bigger and stronger, and realize the in-depth inheritance of ethnic musical instrument culture in the spiritual highland.
read >>
Let the excellent traditional culture to the world. Guzheng Experience activities will be held in the International Drawing Room
Organized by Susan on 2022-11-28
Recently, China Merchants International Conference Room held Guzheng experience activities for Chinese and foreign residents, inviting professional orchestras to perform live, showing excellent classical Chinese music culture for Chinese and foreign residents.
read >>
Reenact the Book of Songs with Guzheng melody
Organized by 某某 on 2022-11-28
On November 27, Chang Jing, a renowned guzheng player known as the "fairy of the Guzheng", and Zhang Di, a dizi player and member of the Fairy music troupe, visited the Daiguan (Liangzhu Culture and Art Center) and replayed the painting of the Book of Songs with music as paper and sound as ink.
read >>
Hubei 2022 Chutian Zheng Star Series Exhibition activities were held smoothly
Organized by 花昼 on 2022-11-23
Recently, sponsored by Wuhan Jingcai Cultural Communication Co., LTD., co-organized by Shanghai Folk Musical Instrument Factory Co., LTD., and guided by Hubei Folk Orchestral Society and Hubei Musicians Association Guzheng Society, the Dunhuang Guyue 2022 Chutian Zheng Star Series Exhibition activities were successfully held in Wuhan.
read >>