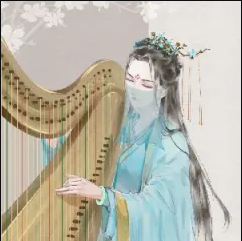 Luo Aikonghou is an up master in the music area of station B. He currently has a total of 61,000 fans. His videos are mainly composed of Konghou renditions, spanning traditional Chinese famous songs, animation, and the second dimension.

Lu Lu
Lu Lu, born in 1987, a native of Henan, graduated from the China Conservatory of Music, and is the vice chairman of the Konghou Professional Committee of the Chinese National Orchestra Society.
read >>
Cui Junzhi
Cui Junzhi, the world's chief Konghou player, was originally a national first-class player of the Central Chinese Orchestra. Adjunct professor of China Conservatory of Music, Central Conservatory of Music and Artistic Director of China International Konghou Ensemble.
read >>
Lao Fan who plays Konghou next door
Heart-warming, happy~ Shenyang Conservatory of Music has a master's degree in Konghou performance. Lao Fan, who plays Konghou next door, is an up-master of Konghou playing at station B. Currently, he has a total of 54,000 fans. , and his representative works include "Left Finger Moon" and "Big Fish".
read >>
Wu Lin
Wu Lin, a native of Yingkou City, is a young performer of the Central Chinese Orchestra. Vice President of Konghou Association of Chinese Musicians Association.
read >>