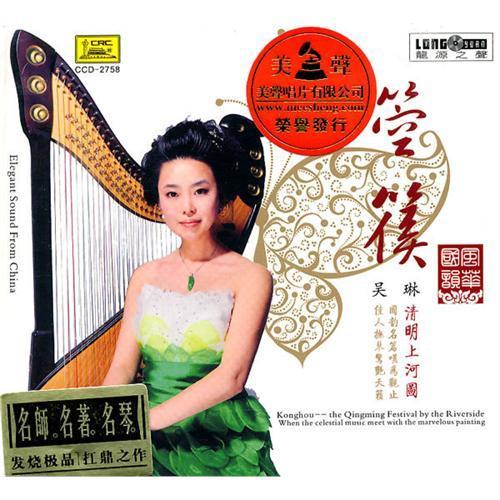 Wu Lin, a native of Yingkou City, is a young performer of the Central Chinese Orchestra. Vice President of Konghou Association of Chinese Musicians Association.


Born in a musical family in Yingkou City in 1979, he started learning Guzheng at the age of 6, under the tutelage of Mr. Zuo Changan and Professor Yang Nani.

Since 1991, he has entered the secondary school attached to Shenyang Conservatory of Music and has an undergraduate degree. For ten years, he has studied Konghou and harp with Professor Le Pingqiu. Her guzheng and Konghou have won first prizes in various national instrumental music competitions and art festivals.

Lu Lu
Lu Lu, born in 1987, a native of Henan, graduated from the China Conservatory of Music, and is the vice chairman of the Konghou Professional Committee of the Chinese National Orchestra Society.
read >>
Luo Ai Konghou
Luo Aikonghou is an up master in the music area of station B. He currently has a total of 61,000 fans. His videos are mainly composed of Konghou renditions, spanning traditional Chinese famous songs, animation, and the second dimension.
read >>
Cui Junzhi
Cui Junzhi, the world's chief Konghou player, was originally a national first-class player of the Central Chinese Orchestra. Adjunct professor of China Conservatory of Music, Central Conservatory of Music and Artistic Director of China International Konghou Ensemble.
read >>
Lao Fan who plays Konghou next door
Heart-warming, happy~ Shenyang Conservatory of Music has a master's degree in Konghou performance. Lao Fan, who plays Konghou next door, is an up-master of Konghou playing at station B. Currently, he has a total of 54,000 fans. , and his representative works include "Left Finger Moon" and "Big Fish".
read >>

Konghou
Konghou (pinyin: kōnghóu) Konghou (also known as Konghou or Kanhou) is an ancient Chinese traditional stringed musical instrument, which originated in the Han Dynasty, but fell out of fashion after the 14th century and gradually disappeared.
vertical konghou
The vertical konghou (pinyin: shù kōng hóu) is an ancient Chinese plucked stringed musical instrument. The vertical-headed Konghou, also known as Hu Konghou, was introduced from the Western Regions around the time of Emperor Ling of the Han Dynasty.