The plucked type of common ethnic musical instruments in Xinjiang

If you want to understand the culture of a region, the most direct way is to appreciate the music and dance with local characteristics. Xinjiang has many ethnic groups. In addition to the Han, the Uyghurs, Kazakhs, Hui, Kirgiz, and Mongolians are among the top five in terms of population. There are many ethnic musical instruments in Xinjiang. The following introduces the common plucked instruments in Xinjiang. 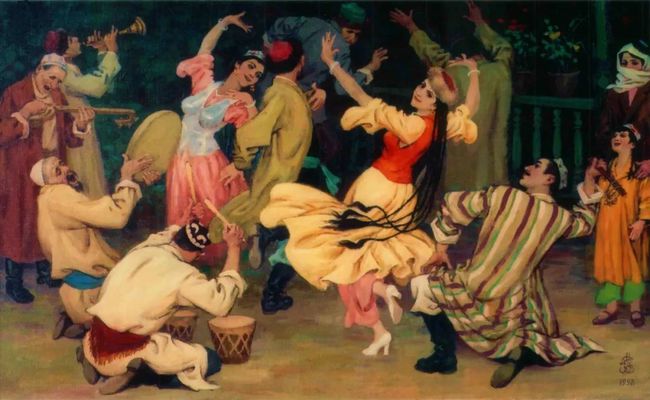 The plucked type of common ethnic musical instruments in Xinjiang

Dongbra is the most popular and popular plucked stringed instrument among the Kazakhs. Dongbula is about 1 meter long, and most of the speakers are hewn from a whole piece of pine or apricot, walnut or mulberry. The traditional Dongbura strings are generally made of sheep intestines, but now they have been switched to Dongbula special strings. 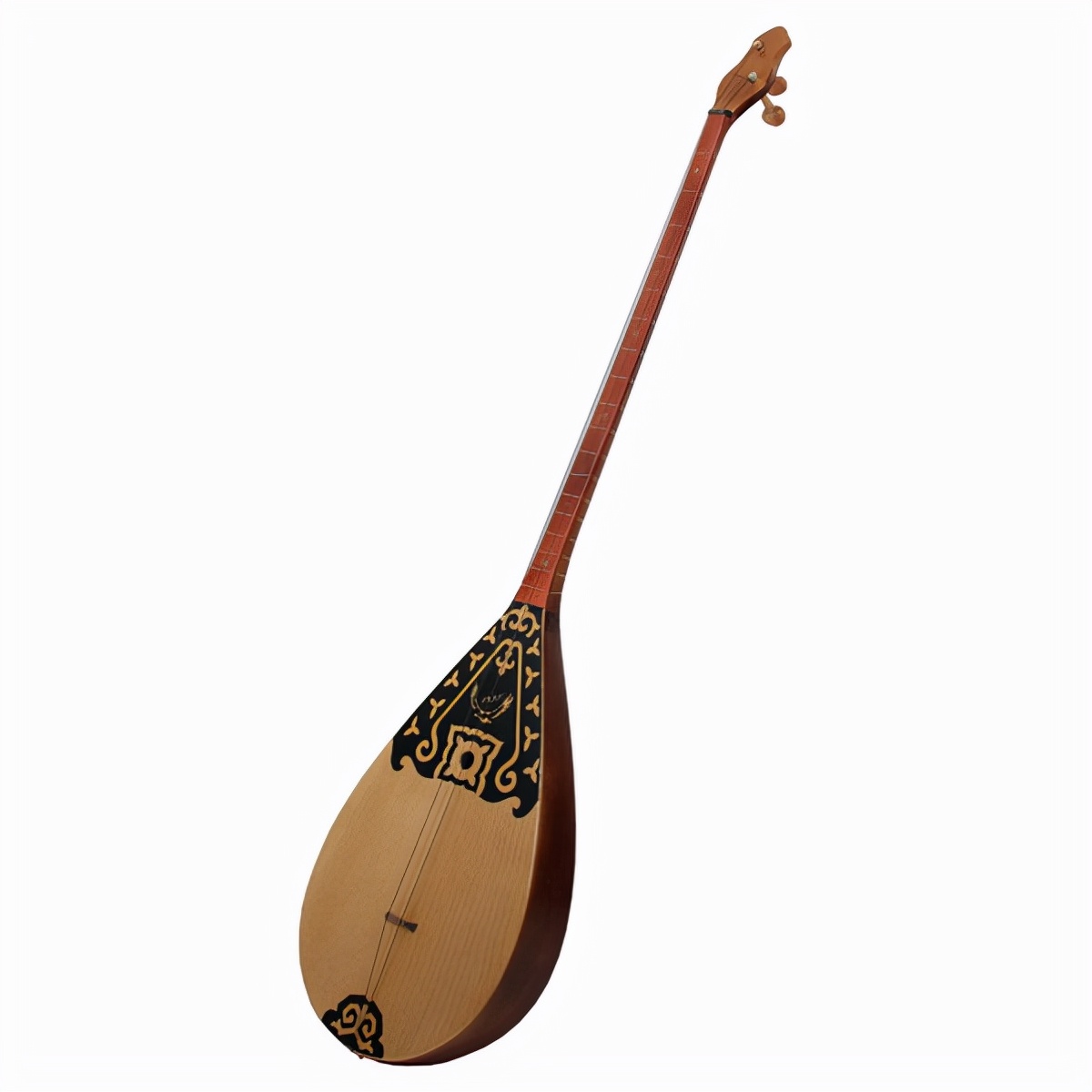 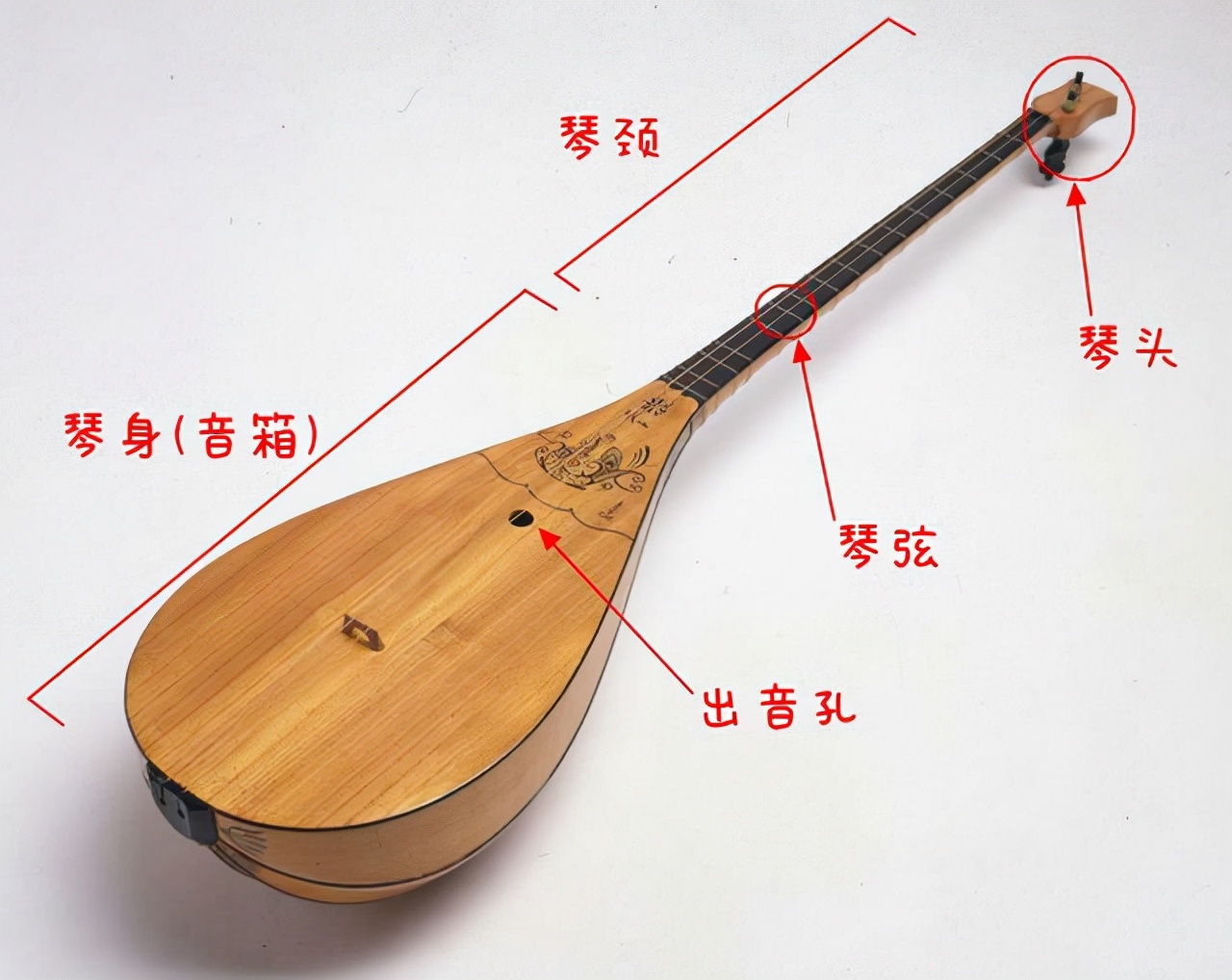 There are two forms of Dongbra speakers: one is triangular, named after the modern poet Abai Kunanbayev, called Abai Dongbra; the other is scoop-shaped, named after the Kazakh folk Akhenzhampur , called Jiangbuer Dongbula. 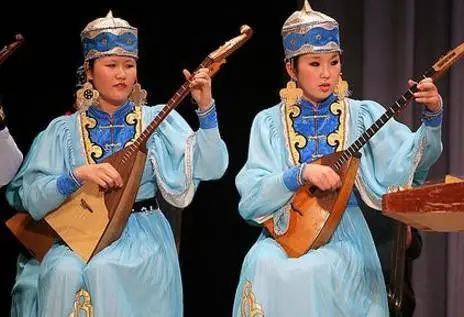 Two kinds of Dongbula with different appearances have different timbres. The music performed by Dongbula is divided into percussion music and pizzicato music. This is a form of artistic performance favored by the Kazakh people. They play and sing with the accompaniment of Dongbra. 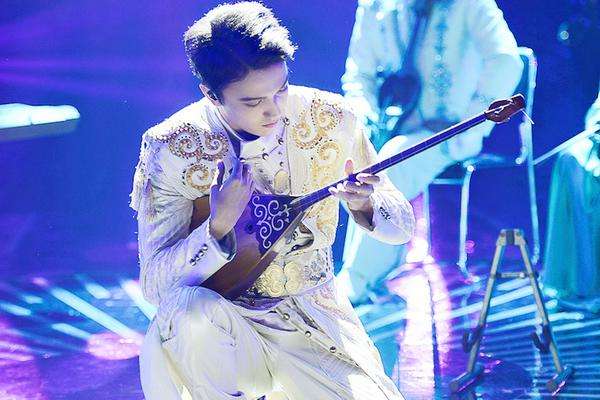 The standard length of Dutar is 1.3 meters, like a long-handled water scoop, and the materials are mostly mulberry, almond or walnut that have been dried naturally. There is no sound outlet on the speaker panel, so the volume is lower than that of "Dongbula". 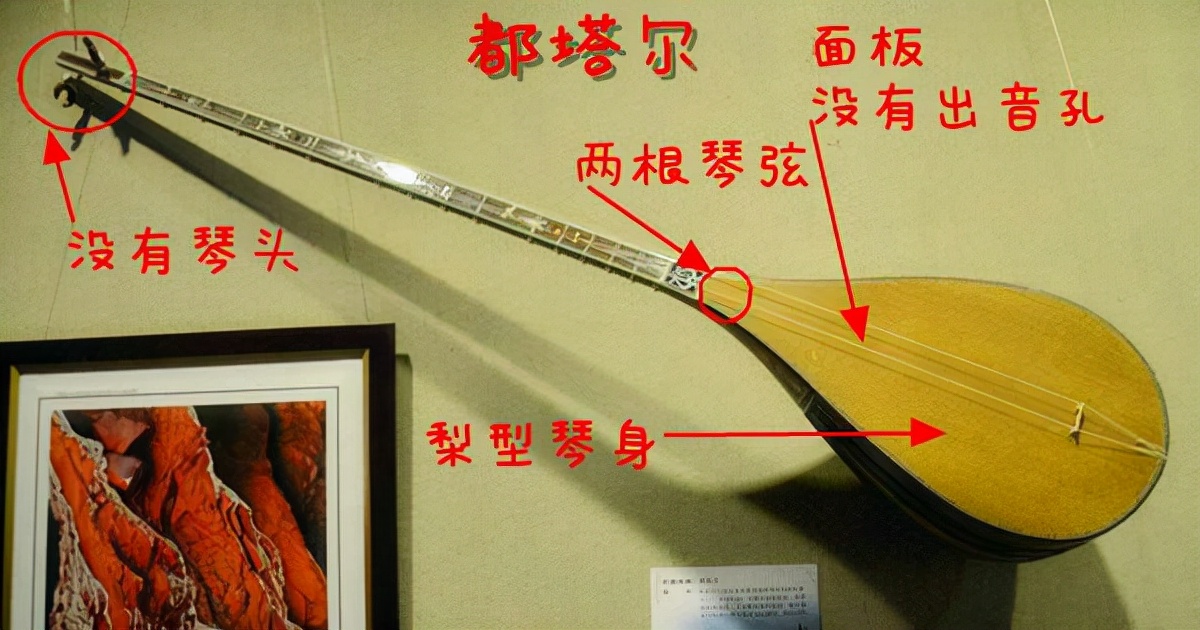 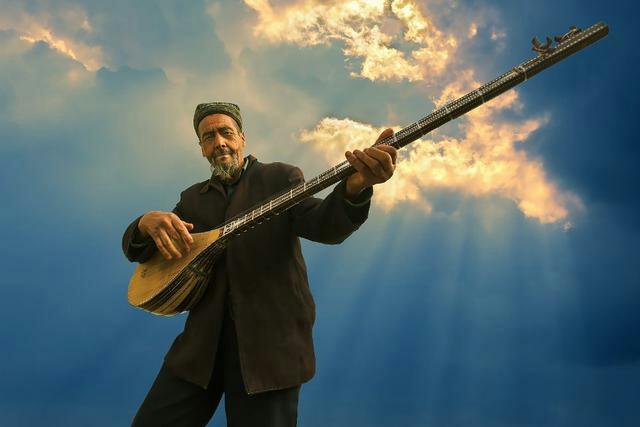 The pluck is a traditional musical instrument commonly used by the Uyghur and Uzbeks. It has a long history and a simple shape. The body of the violin is made of mulberry or mahogany, the speaker is small, in the shape of a water scoop, and there is no sound hole on the speaker panel. 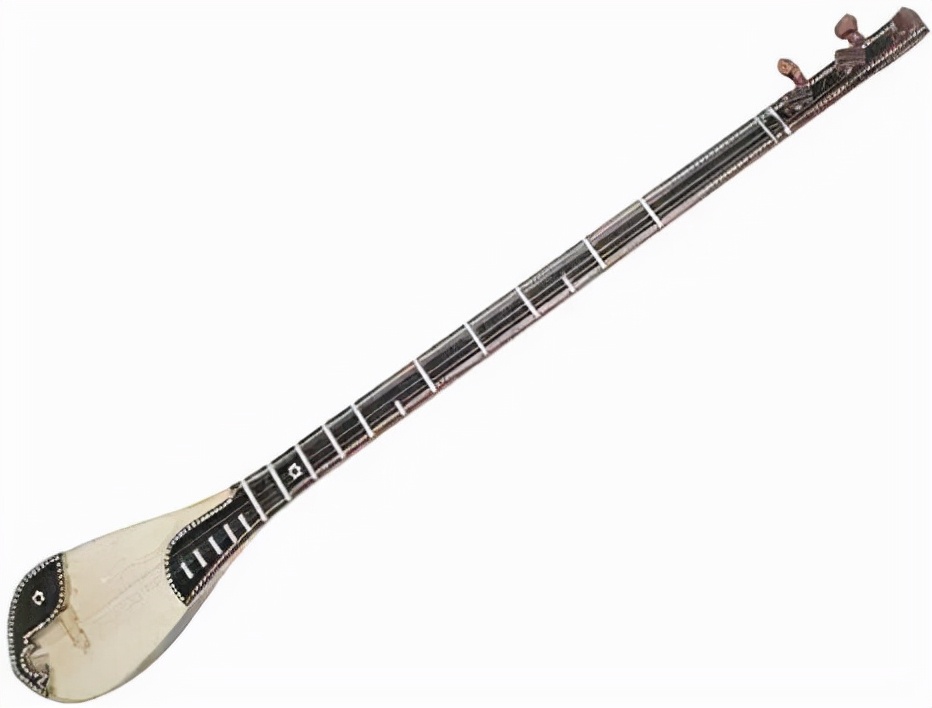 The pluck is a 5-string playing instrument with a wide range and crisp timbre. It is often used for solo, ensemble or accompaniment. Like the Dutar, it is one of the main instruments for playing the classical music "Twelve Muqam". 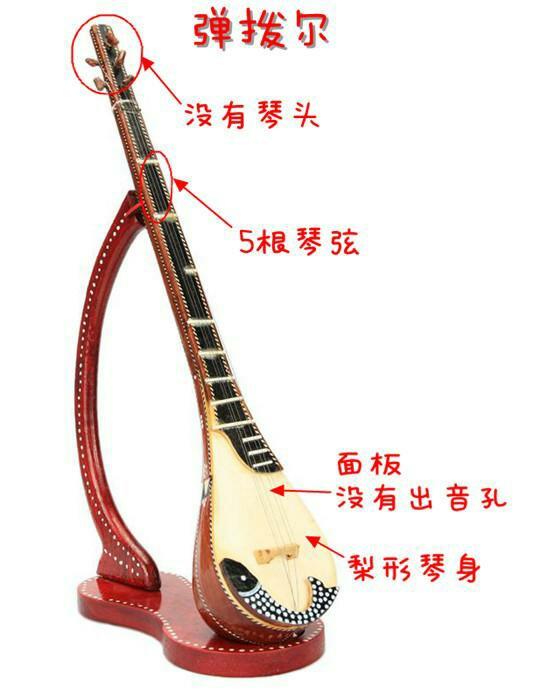 There are four kinds of plucked instruments popular in Xinjiang, namely Dongbula, Dutar, plucker and Rewapu. Among them, Rewap is easy to identify, and there are symmetrical eagle-wing-shaped wooden corners on both sides of the connection between the lower end of the piano rod and the resonance box. The key points for identifying the three musical instruments: dongbra, dutar, and pluck are:

Recognize Dongbula and remember these three points: there is a sound hole, a headstock, and 2 strings!

Recognize Dutar and remember these three points: no sound hole, no headstock, and 2 strings!

Recognize the pluckers and remember these three points: no sound holes, no headstock, and 5 strings! 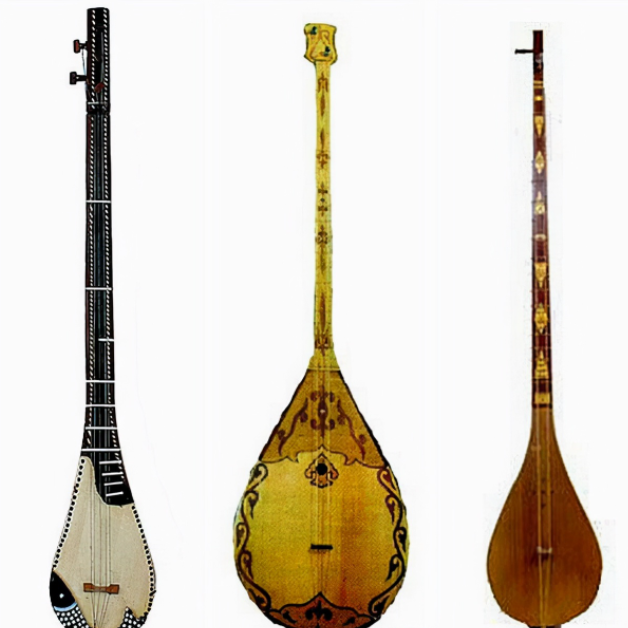 Rewafu is a popular plucked musical instrument among Uyghur and Uzbek folk. According to legend, it was created in the 14th century and originated in Kashgar, southern Xinjiang. There are many types of Rewapu, in addition to the traditional Kashgar Rewapu, there are Dolang Rewapu, Shepherd Rewapu, Hami Rewapu, Uzbek Rewapu and so on. Kashgar Rewapu, which is popular among the people, is 130 cm long. The speaker is hemispherical. It is excavated from a whole piece of mulberry wood. The neck is slender and the top is curved. There are symmetrical eagle-wing wooden corners on both sides where the lower end of the stem meets the resonance box. In addition, Kashgar Rewapu is also decorated with rich ethnic patterns on the body, stem and top of the head. It is not only a musical instrument, but also a very delicate handicraft, which is very popular with tourists. 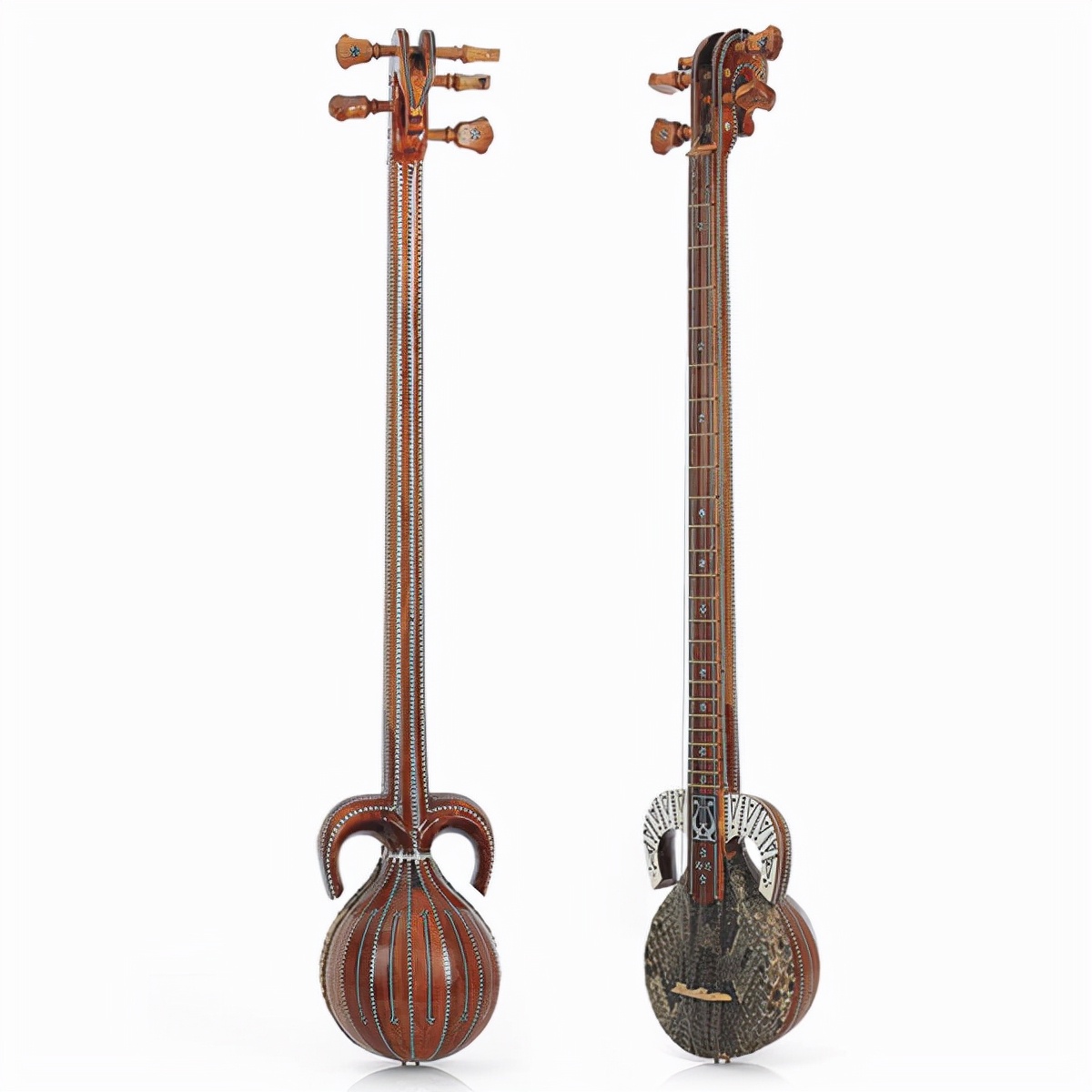 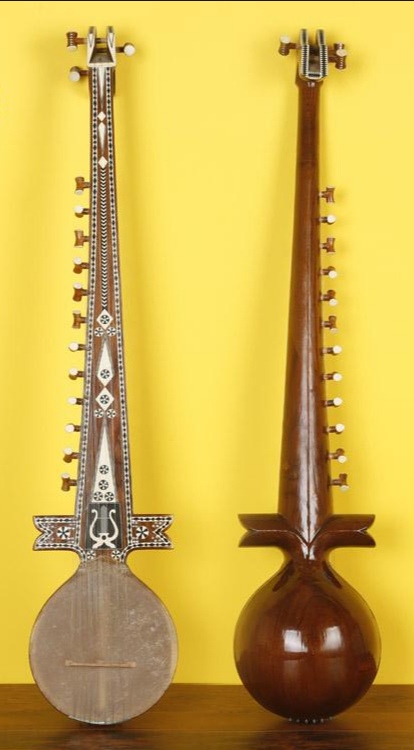 Shepherd Rewapu is popular in Yecheng and other places in southern Xinjiang. Its shape is similar to Kashgar Rewapu, but it is smaller in size and has no frets. It has three steel strings. Kalongqin is an ancient folk plucked instrument with the most strings in Uyghur musical instruments. It is called the seventy-two-stringed pipa in historical records. An indispensable instrument in Twelve Muqam.

Aksu's Intangible Cultural Heritage
Organized by 山霁 on 2022-03-09
Aksu intangible cultural heritage introduction, red canyons, green forests, yellow deserts, blue lakes, golden Populus euphratica, white snow-capped mountains, a variety of colors are intertwined in this magical land.
read >>
The history of the caron
Organized by 晚荣 on 2022-02-14
Kalong, Uyghur people play stringed instruments. It is a Uyghur plucked stringed musical instrument. In the historical records of the Qing Dynasty, it was called the seventy-two-stringed pipa and the Karnai. It has a long history, unique shape and crisp sound. It can be used for solo, ensemble or accompaniment, and is an indispensable stringed instrument for playing the large classical music suite "Muqam". It is popular in Maigaiti, Kashgar, Hotan, Yarkand and other places in southern Xinjiang, Xinjiang Uygur Autonomous Region, and Hami in eastern Xinjiang. A stringed instrument introduced from Central Asia to China in the Yuan Dynasty.
read >>